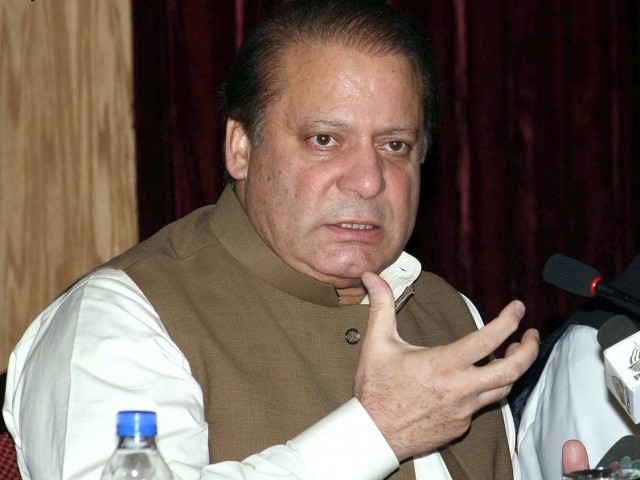 LAHORE: Reiterating its call for early elections, the Pakistan Muslim League-Nawaz has said that the government appears to have made contempt of court a matter of habit.

“Members of the government are constantly flouting [Supreme] court orders. The National Reconciliation Ordinance has not been accepted by parliament but still the government is adamant on ignoring the court’s verdict,” PML-N Chief Nawaz Sharif told reporters on Wednesday, after a party meeting in Lahore. The meeting had been convened to discuss the crisis created by the Supreme Court’s recent short order on the NRO.

Nawaz said that in the meeting, the PML-N has decided that if President Zardari and Premier Gilani tried to play a new “game” in the National Assembly tomorrow, the party will vehemently oppose it. “We will contact opposition parties as well as coalition partners and ask them to be mindful of putting their faith in the government under the current circumstances,” he said.

He said that the PML-N has also decided that its central working and parliamentary committees will meet in Islamabad on Thursday.

Supporting the SC’s NRO verdict, Nawaz said that the judgment makes it binding on all political parties to come together to solve the myriad problems facing the country. “I call upon the government to call for early elections,” he said, as he rattled off the many failures of the government. “The energy crisis has deepened. There is no power or gas available to the people. There is unemployment and inflation. Notes are being printed on the government’s whims and Pakistan is isolated internationally.”

Meanwhile, Jamiat Ulema-e-Islam Fazl (JUI-F) Chief Maulana Fazlur Rehman had said that he was contacted by Nawaz and that they have decided to sit together in parliament and devise a joint strategy.

“Different political parties contacting each other is a very good step,” Rehman said, speaking to media in Islamabad.

Saying that early elections had now become inevitable, he said that the election commission cannot arrange [free and fair] election in such a short period of time. “We cannot call for elections until the National Database and Registration Authority verifies voter lists.”

Talking about the NRO case, he said that if the government does not wish to write a letter to Swiss authorities to reopen cases against President Zardari, it should give a valid reason to the public for not doing so.

Disagreeing with comments that the PPP is trying to become a “siyasi shaheed” just to get votes in the next elections, Rehman said that the people will vote on the basis of performance and such attempts will not help.

Earlier, Pakistan Peoples Party Vice President Babar Awan criticised Nawaz, predicting that soon he will be disassociating himself from the many petitions that he has put before the judiciary.

Speaking at the Supreme Court building in Islamabad, he said that Nawaz had signed an agreement with a dictator [Musharraf] for a safe passage to leave the country. “Now, he claims he had nothing to do with the agreement. “People urging the PPP to respect the judiciary have attacked the judiciary themselves.”

Awan insisted that the parliament was working in a most efficient manner and the federation is stable.