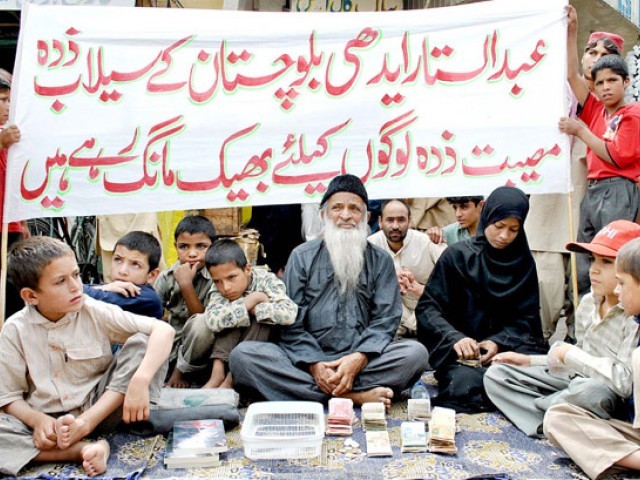 Abdul Sattar Edhi on Wednesday initiated a begging campaign in Quetta for the flood victims of Balochistan.

Crouched on the roadside in Meezan chowk, the philanthropist and his daughter were collecting money for the thousands of people displaced by the recent flash floods.

Edhi claimed the money collected will be distributed equally amongst the affected. He further appealed to the people to help the victims.

According to Edhi , around 5,000 flour sacks have already been dispatched. More will be sent soon.