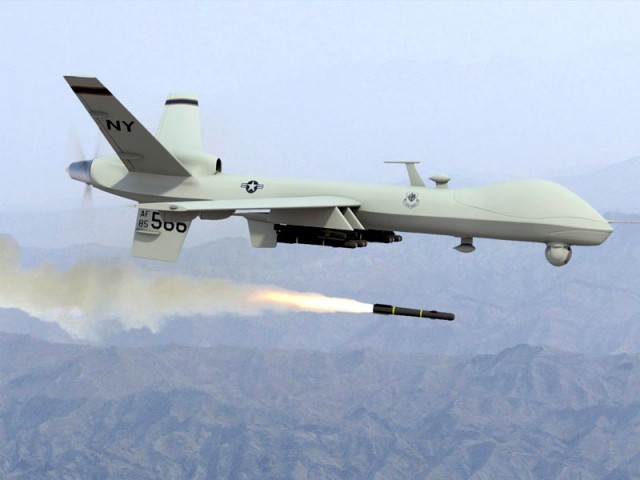 MIRANSHAH: After a lull of about 55 days, the valleys of Pakistan’s tribal region reverberated once more with missile fire from stealthy US air borne drones. Two  missiles destroyed a militant compound in Pakistan’s tribal area near the Afghan border, killing four militants late on Tuesday, security officials said.

The missiles struck a compound on the outer skirts of Miranshah, in the North Waziristan region, killing four, one official said.

The attack triggered a fire in the building and flames could be seen from the roof of houses in Miranshah, five kilometres away, residents reported.

The drone attack and the casualties were confirmed by two other security officials.

The strike was the first since US-Pakistan relations plunged to their lowest level after the November 26 helicopter strikes on a border check post which killed 24 Pakistani soldiers.