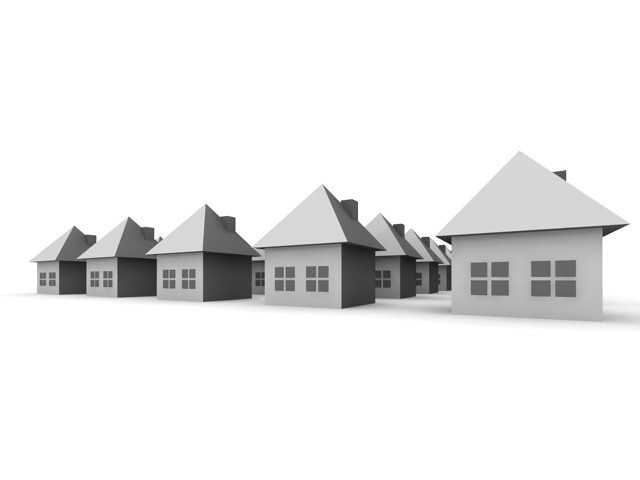 In what appears to be a significant statistical anomaly, large scale discrepancies have emerged in the data obtained by the government during the housing census – a precursor to the population census – with the results apparently over-counting the number of houses in Sindh and undercounting those in Punjab.

In his briefing to the National Assembly Committee on Economic Affairs and Statistics, Chief Census Commissioner Habibullah Khattak on Tuesday testified that the results of the housing census in Sindh – particularly Karachi and Hyderabad – did not match the trends of previous censuses and various demographic studies.

“The population growth rate in these cities was 3% to 6% higher than the normal population growth trend observed in [demographic] studies. In many areas a single flat has been numbered twice,” said Khattak. By contrast, “Punjab was under covered,” said Khattak, blaming the Punjab government for improperly monitoring the process. In many areas of Punjab, houses were simply not counted.

This trend seemed to be confirmed by one of the committee members, Moazam Ali Khan Jatoi (PPP, Muzaffargarh), who said that many areas in his constituency, including his own house were not counted.

According to the census chief, the data from Khyber-Pakhtunkhwa appeared to be normal, though there appeared to be a systematic over-counting of houses in Pashtun areas in Balochistan and undercounting in ethnic Baloch areas in that province.

“The local vigilance teams could not practically monitor the process, which led to vast variances,” Khattak admitted.

Khattak’s testimony was the first public disclosure of the housing census results, which is precursor to the constitutionally-mandated population census. Given how many government resources depend on the outcome of the census, the process is often controversial and always in danger of being politicised.

The provinces’ shares of federal tax revenues are decided on the basis of multiple formulas, but the most important by far is still population. Hence, the census will also have an impact on provincial government revenues. In addition, quotas for government jobs are also decided based on provincial populations.

In order to avoid these political problems this time around, the Pakistan Bureau of Statistics (which conducts the process) has proposed that the government adopt the Indian practice of freezing job quotas and revenues shares on the basis of the last completed census rather than the ongoing one.

The last census, the fifth in Pakistan’s history, was completed in 1998. The current census should have taken place in 2008, but had since been delayed several times.

Yet perhaps the most important political consequence of the census is the delineation of constituencies in the federal and provincial legislatures. Statisticians widely suspect that there have been sharp divergences in demographic patterns across the country which will benefit some political parties at the expense of others. It is unclear if the government has a plan to get around this problem.

For now, Khattak suggested that the PBS might go for a fresh housing census in the areas where there are the widest statistical anomalies, both on the higher or lower side. He also suggested involving law enforcement agencies in the process.  The discrepancies drew sharp criticism from the committee members. “If the government cannot ensure transparency in the population census, no one should expect that the resources among provinces would be distributed on an equitable basis,” said committee chairman Malik Azmat Khan (PPP, Lower Dir).

The committee then recommended that Prime Minister Yousaf Raza Gilani immediately call a meeting of the Council of Common Interests – a body that includes representatives from the federal and all provincial governments – to decide how to deal with the discrepancies in the housing census and set the dates for the population census.

Khattak said that the PBS had already sought the prime minister’s decision on when to begin the population census, but had been told that Gilani would only call a CCI meeting after having first met separately with all of the provincial chief ministers.

The delay on the part of the prime minister appeared to create another problem: it is increasingly making the housing census irrelevant. The PBS is now seeking a CCI decision on the two options for the census: either the government can undertake a fresh housing census before the population census or it can conduct the two simultaneously.