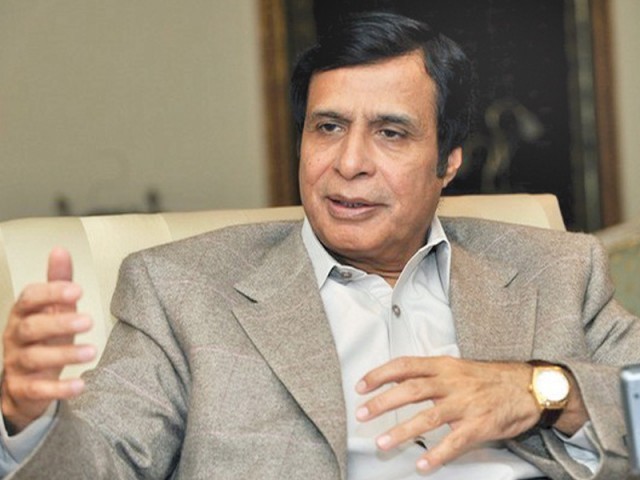 BoP president says a ‘political family’ was behind the fraud.

Without naming, Bank of Punjab (BoP) President Naeemuddin Khan revealed that a ‘political family’ was behind the Rs9 billion loan scam — disclosing that the name was on page 306 of the BoP scandal report.

The BoP president — who was called by the Senate Standing Committee on Finance to give updates on the Rs9 billion loan given to Harris Steel Mills – was reluctant to reveal the name of the political family behind the scam despite being pushed by the panel.

According to page 306 of the BoP report obtained by The Express Tribune: “Kamran Rasool (the Punjab chief secretary during Pervez Musharraf’s regime) was instrumental in the appointment of Hamesh Khan as the bank’s managing director in the year 2003. His sole reason for recommending Hamesh for the said job was that he liked him as a banker while he worked for the Kunjha Textile Mills in Gujrat which was owned by family of former Punjab chief minister Chaudhry Pervaiz Elahi”.

The BoP report is based on the investigation carried out by the Punjab police additional inspector general on the directives of the apex court.

This would be the second blow to Pervaiz – who is the senior minister for industries and defence – since his son Moonis Elahi is already accused in the multi-billion rupee scam in the National Insurance Corporation Limited (NICL).

The BoP president claimed that Hamesh has claimed that Punjab Chief Minister Shahbaz Sharif has been pushing him to take Pervaiz’s name but the investigators found his claim untrue.

According to the investigators, Sheikh Afzal, a director of Haris Steel, with co-accused Muhammad Munir, Ali Ijaz, Abid Raza and Irfan Ali, in connivance with Hamesh and other officials opened 23 ‘fake’ accounts with forged national identity cards and obtained loans of approximately Rs9 billion from 2005 to 2007 using fake documentation, bogus collaterals, fictitious guarantees and mortgage deals executed by fictitious persons.

The Supreme Court took the suo motu notice of the case and got former Bank of Punjab president Hamesh extradited from the US. Hamesh had fled the country despite being named on the Exit Control List.

The report further stated that all the firms used or established by Afzal – the main accused – were just facades for obtaining paper loans. The report also claims that directors Mughis Sheikh and Khuram Iftikhar were instrumental in the scam since both were rubber stamping ‘credit approvals’ for the company via circulation.

A salvage committee constituted by the apex court under Justice (retd) Syed Jamshed Ali has so far been able to locate 24 locally seized vehicles, gold bars weighing 5177.2 grams and 14 gold and diamond watches. In total, Rs2.4 billion have been recovered through a plea bargain and voluntary return.

The committee has directed the BoP management to recover the looted amount along with markup.