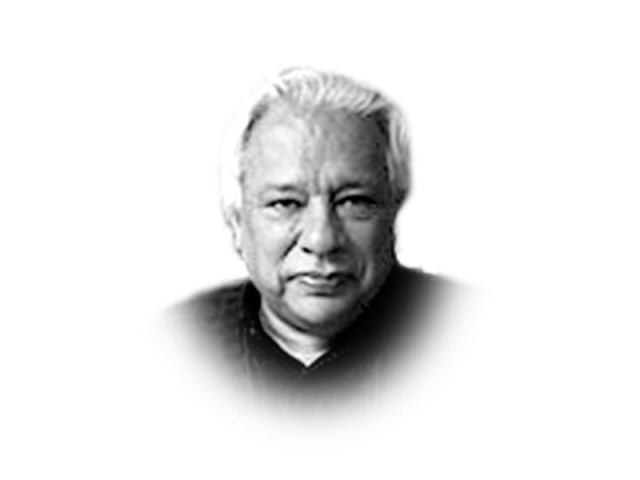 The author is an architect in private practice in Karachi. He is a recipient of the Hilal-i-Imtiaz and is a founding member of the Asian Coalition of Housing Rights

The differences on the future form of local government for Sindh, continue to exist between the Pakistan Peoples Party (PPP) and the Muttahida Qaumi Movement (MQM). However, it has to be understood that these differences are not about technicalities, but about much larger issues. It is necessary that broad-based ethical principles are agreed upon between the two protagonists to determine the future structure of local government in Sindh. If this does not happen, the issue will resurface with every political crisis, fragmenting the province further.

The most important ‘larger’ issue is related to the relationship of Karachi with the rest of Sindh. When the 2001 Local Bodies Ordinance was promulgated, I had noted that under the new system, Karachi would swallow Sindh, and as a result there would be a backlash against the Ordinance. There were reasons for saying this.

Then there are powerful federal government interests as well, in the form of the Karachi Port Trust, Port Qasim, Customs, Railways, Civil Aviation Authority and the armed forces and their various industrial and real estate activities. The city contains 32 per cent of the total industrial establishment of the country; generates 15 per cent of the national GDP, 25 per cent of federal revenues and 62 per cent of income tax. Also, the most important health, education, recreation, entertainment and media-related institutions in the province, are located in the city and so are the provincial headquarters.

Provincial and state governments always have conflicts with powerful autonomous cities since the non-city population of the province or state feels that the city and its assets do not belong to them. Even in a relatively homogeneous country like Thailand, Bangkok was seen by the anti-government Red Shirt Movement as responsible for deprivation and inequity in the country.

The second issue is related to the changing demography of Sindh. There is a fear among the Sindhi-speaking population (in which I include Balochi, Seraiki and Brahvi speakers as well) that they are being converted into a minority in their province. Let us see how real this perception is.

Seventy-three per cent of Karachi’s population in 1941 said that their mother tongue consisted of one of the local provincial languages, 6.2 per cent said it was Urdu/Hindi, and 2.8 per cent said it was Punjabi. Pashtu at that time was nonexistent. In 1998, the local languages had declined to 14 per cent, Urdu increased to 48.52 per cent, Punjabi to 14 per cent and Pashtu stood at 11.42 per cent.

This is a very different situation from the other provinces of Pakistan. Local languages are the mother tongue of 94 per cent of the population of Punjab, 92 per cent of Khyber-Pakhtunkhwa and 82 per cent of Balochistan.

So the cause for fear is justified even though — given the increase in the Sindhi-speaking population between the two censuses and the recent influx of Sindhi speakers to Karachi — many argue that it is exaggerated. As a result of this fear, Sindh’s politics increasingly revolve around issues of identity, culture and history and miss out on issues of reform, development and deprivation.

The two issues explain the positions taken by the PPP and the MQM. The Sindhi speakers control the bureaucracy and have a majority in the provincial assembly. Thus, through the old bureaucratic system, they can have a major role in the governance of Karachi and Hyderabad and other towns where non-Sindhi speakers live in substantial numbers. The MQM’s strength lies in the large Urdu-speaking pockets in Karachi and in the major cities of Sindh but not in the bureaucratic set-up. The more decentralised and autonomous the system is, the more they can exercise power in these pockets and negotiate benefits for their constituencies. This exercise of power also provides them with a role in provincial and national politics.

Then there are two other issues. One is related to land. The devolved system has made the loot and plunder of both rural and urban land possible, leading to ecological disasters, environmental degradation, inappropriate urban land-use, increasing landlessness and oppression. To prevent this from continuing, the revenue department has to be strengthened and made free from overt political control and manipulation. The other issue is related to local commerce, trade and real estate development, which is developing, in spite of official negligence and persecution, in both the urban and rural areas of the province. For the badly needed socio-economic development of the province, this sector needs support and protection which an effective local government system can help provide. So far, the discussion on the future structure of local government has not even considered this important development which is rapidly changing socio-economic relations and the physical form of Sindh’s human settlements.

From the above discussion, some broad principles for the future form of local government in Sindh do emerge. Whatever the system, it must seek to integrate the various areas and ethnicities of Sindh. Catering to the existing divisions will simply increase the trend of ethnic politics. Lebanon is a case in point. Indirect elections have also consolidated the existing divisions, and as such a review is required. The province’s assets (including those of Karachi) should be available to all its citizens. They must feel that they have a say and stake in provincial governance issues and not just in their taluka and union council affairs. In addition, police accountability to the citizens, and not just to the bureaucracy and political representatives, has to be guaranteed through a police reform.

A scientific study of the changing demography of Sindh (minus political rhetoric) should be undertaken and a consensus on its findings should be developed. This will make it possible to understand and address (if required), the long-term repercussions of migration on the local population of the province and its politics.

The rest is a matter of technicalities. However, two factors are important in working out the technicalities. One, for resolving the land issue, the province needs a land settlement: we must know who owns land where and how much. No meaningful reform is possible and no local government can deliver without this knowledge. And two, the needs of the formal and informal commercial sector at various levels and its linkages have to be established through a series of public hearings, both at the city and taluka levels.

The MQM-PPP tussle reminds one of the Indian National Congress-All India Muslim League conflicts from the Minto-Morley Reforms onwards and the various formulas applied for addressing them. However, no broad ethical principles for resolving the conflict were developed, leading to the partition of undivided India. As has often been said, an agreement was not possible because the Congress showed no generosity and the Muslim League no trust. Mandela on the other hand, through his enormous generosity was able to create the trust that saved South Africa from a terrible civil war. Such generosity and trust is badly needed to resolve the local body issue on a permanent basis.