The govern­ment is eyeing a possib­le ban on Indian films in cinema­s for Eid to encour­age the flaggi­ng local indust­ry.
By AFP
Published: July 28, 2010
Tweet Email 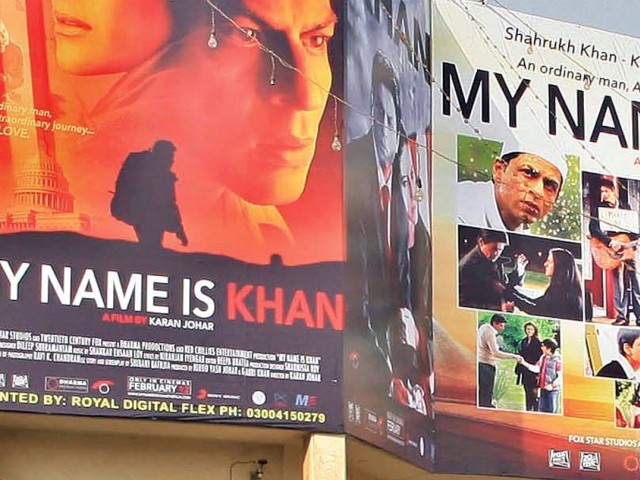 The government is eyeing a ban on Indian films in Pakistani cinemas for Eid.

ISLAMABAD/KARACHI: The government is eyeing a possible ban on Indian films in cinemas for the upcoming Eid-ul-Fitr festival, purportedly to encourage the flagging local industry, its culture minister said on Tuesday.

“We want to benefit our industry and facilitate Pakistani producers by temporarily banning Indian movies at Eid-ul-Fitr,” Aftab Shah Jilani told AFP. Any decision would be taken after further discussions within government, Jilani stressed.

He said Pakistani film-makers had complained that cinemas prefer to show glitzy Bollywood productions made across the border in India, flooding the market at the expense of the depressed local industry.

Pakistan’s film industry has sunk into deep decline in the last two decades, with fewer and fewer films made, and those produced frequently criticised for weak plots and poor production.

Film directors who met Jilani in Lahore on Tuesday, said they would welcome any temporary ban.

“The minister assured us that no Indian movie will be shown on Eid in September,” leading film producer Sangeeta told AFP.

But Nadeem Mandviwala, from Pakistan Film Exhibitors Association, said he would appeal against any such decision, fearing heavy losses at the box office.