Bhutto murder case: ‘Musharraf may be arrested upon arrival to Pakistan’

Bhutto murder case: ‘Musharraf may be arrested upon arrival to Pakistan’ 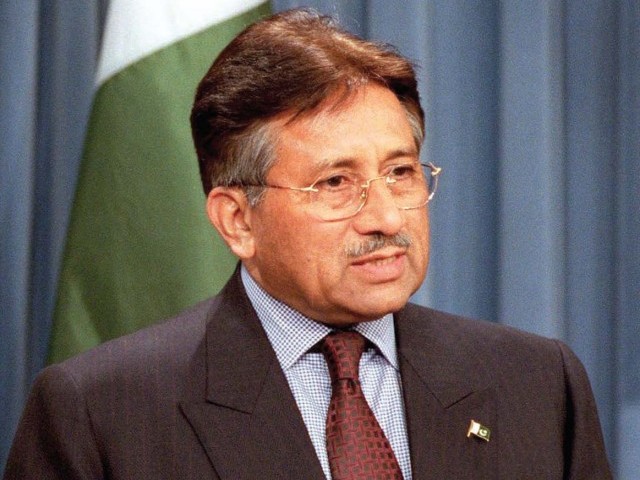 A prosecution lawyer suggested on Saturday that former president Pervez Musharraf, who has been declared a proclaimed offender in the Benazir Bhutto assassination case, may be arrested upon his arrival to Pakistan.

Speaking to the media outside Adiala Jail after the case’s proceedings, special public prosecutor for the Federal Investigation Agency Chaudhry Zulfiqar Ali said that Musharraf could be arrested as the trial judge’s orders for his arrest have not been cancelled.

The prosecutor further said an application filed by the former president’s wife, Sehba Musharraf, against the orders is yet to be decided on by the court.

Earlier in the day, Musharraf told a news channel that he would come back later this month to contest the next parliamentary elections, which could be held later this year.

The former president had been accused by the FIA of abetting the murder of former prime minister Benazir Bhutto on December 27, 2007, and for not providing enough security on her return to Pakistan.

During Saturday’s proceedings, Special Judge Anti-Terrorism Court ATC-I Shahid Rafique adjourned the hearing till January 17 after the defence lawyer failed to appear before the court to question 10 prosecution witnesses, whose statements were recorded in court.

The trial judge warned that this would be ‘the last opportunity’ for those facing trial to bring their lawyers to the court, or else the statements of the prosecution witnesses will be accepted without being challenged by the defence.

In a related development, the trial judge deferred the hearing of the application of Sehba Musharraf till January 21 after her lawyer sought time to prepare his arguments.

Commenting on the application, the FIA lawyer said the application was not maintainable as only the proclaimed offender himself could approach the court.

Meanwhile, Musharraf’s party, the All Pakistan Muslim League (APML), is organising a public meeting at the ground adjacent to mausoleum of father of the nation Quaid-e-Azam Muhammad Ali Jinnah on Sunday (today). The event will start at 2 pm, where Musharraf will address the programme via telephone. The central and provincial leaders of the party will also speak at the event.

(with Additional input from APP)

Terms, perks of ECP members yet to be fixed