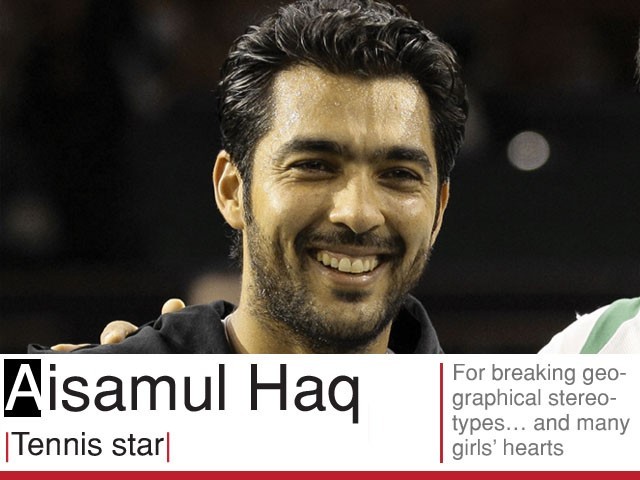 For breaking stereotypes and many girls’ hearts.

Aisamul Haq Qureshi may have broken a million hearts after marrying his love this year, but there is definitely more to his credit than just his looks.

A man who picked up his racket to break stereotypes existing between Pakistan, India and Israel, Aisam has juggled sports, politics and media limelight throughout 2011, receiving a Lux Style Award for being the Most Stylish Sports-person in Pakistan.

Teamed with an Israeli player and an Indian thus far, Qureshi wishes to promote his message of “Stop War, Start Tennis”. He has not only managed to maintain the top position in a game which had no recognition from his country, but has also gained a soft corner in the hearts of many young people by being the ambassador to the UN and donating money to the flood victims.

His biggest achievement of 2011 was bagging the BNP Paribas Masters cup with his partner Rohan Bopanna.

Quote of the year: “My marriage will not affect my aim.”