Child abuse: Beaten and expelled, a girl cries for justice

Child abuse: Beaten and expelled, a girl cries for justice 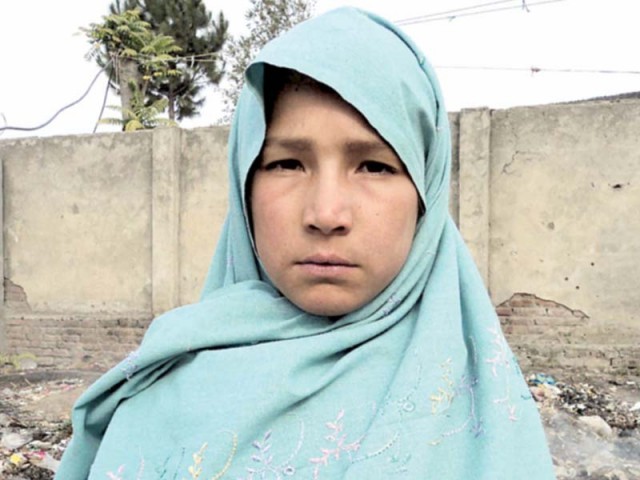 An eight-year-old girl who was beaten and expelled from her school after being given a “bad-character certificate” by a former school administrator has asked for justice.

“I was playing with my classmates when Shah Dawran came and beat me up in front of the whole class,” said Nighat, a student of Government Girls’ Primary School, Shinkat.

“My father was in Karachi so I couldn’t tell anyone about it.” After a few days Dawran came to our class again and handed me a School Leaving Certificate (SLC), asking me to go home, she added.

According to schoolchildren, Dawran visits the school regularly even though he has left the job and now works as a revenue officer. “He punishes students and threatens teachers as well. He has more authority than the school headmistress,” said a student who wished not to be named.

Students have also accused Dawran of misappropriating relief packages meant for schoolchildren, claiming that he keeps the packages for himself.

When Nighat’s father Sar Buland came to know about the incident, he rushed to his hometown to deal with the issue. He met with the district coordination officer (DCO), who assured him that the matter would be thoroughly investigated.

He claimed he had a personal animosity with Dawran over the past 15 years, which was why Dawran had disgraced his daughter.

“She is the daughter of Pakistan and I seek justice in this case for the sake of all daughters,” he said.

According to Fazal Subhan, a public notary dealer at the district courts, “Clear signs of violence” could be seen on the girl’s face when she came for an application to the DCO with her father.

Meanwhile, the school’s headmistress Shazia said that the SLC had been issued without her knowledge. Even though the seals on the certificate are original, the signature is forged. “I was on leave that day as I had to give an intermediate exam,” she said.

Dawran, on the other hand, has refuted the charges and termed the incident as a conspiracy against him.

DCO Kamran Rehman said t they are investigating the case and if Dawran is found guilty, he will be penalised.