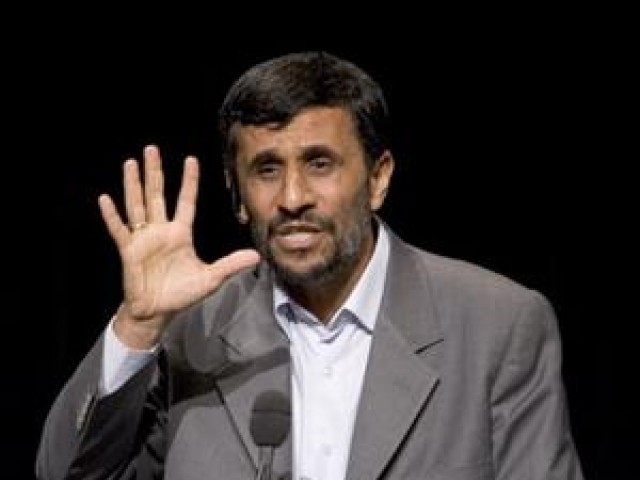 Iranian President Mahmoud Ahmadinejad has denied in an interview that Iran is providing support to Taliban insurgents.

WASHINGTON: Iranian President Mahmoud Ahmadinejad has denied in an interview with US television charges that his government is providing support to Taliban insurgents in Afghanistan.

“We do not support any group,” Ahmadinejad said when asked by CBS television in interview late Monday whether Tehran provided aid to Afghan rebels. “We just and only support the Afghan people. We support and we want to strengthen security in Afghanistan. “And we think the Afghan people should run their own country,” he added. “We think the root cause is related to the intervention of the United States and Nato. It’s been for about 20 years that the Americans are interfering directly in Afghanistan,” the Iranian leader said.

He made his remarks after documents leaked on Sunday and posted on the whistleblower website WikiLeaks suggested that Iran had provided support to Afghan insurgents. Asked during the interview about the effects of sanctions on Iran’s people, he suggested that the measures may hurt the countries imposing them more than Iran.

“I think the policies by the Europeans and the Americans are ridiculous. They think they are going to influence the life of the Iranian society. In fact, they’re imposing sanctions against themselves,” Ahmadinejad said. “Iran is a great nation with a great population. We have vast and rich resources and it’s very much easy for us to overcome old problems.”

The Iranian leader also appeared less than sanguine about the prospects for a detente in the chilled relations with Washington after a 31-year break in relations. “Please pay attention,” Ahmadinejad said. “I sent a letter to Bush, and that letter was a golden opportunity for the US administration in order to change policy, and they should not continue the hostility.”

He added that he had also made similar overtures to President Barack Obama. “During my visit in New York, I said I was ready to talk to President Obama. After the election of Mr Obama, I sent a message and in different occasions and meetings we said we would support changes and we are ready to help,” he told CBS.