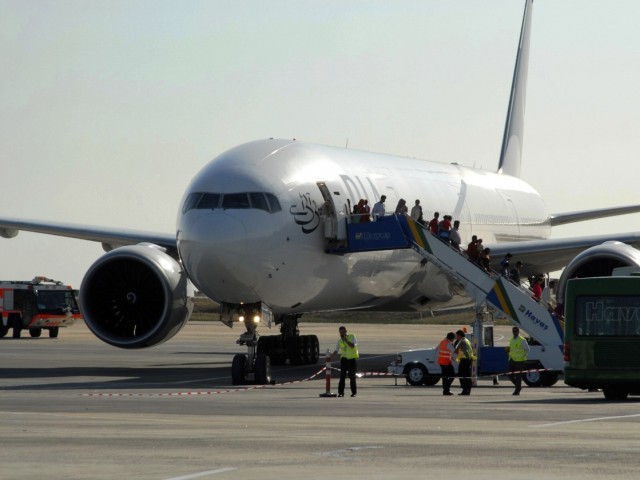 KARACHI: The country’s aviation regulator has allowed two airline companies to operate passenger flights, prompting reservations from the Pakistan International Airlines (PIA), which said the approval will only enhance losses of the national flag carrier that is mired in deep financial crisis.

Indus Airlines is a new carrier that is among the two companies granted approval by the Civil Aviation Authority. PIA has demanded that Indus Airlines’ licence be cancelled.

Sources say Indus Airlines’ application for provision of space for an office and a hanger is also in the final stages of approval. After the new licences, the total number of airlines authorised to operate on commercial basis is six, including PIA, Air Blue, Shaheen Air, Indus Air, Bhoja Air and Pearl Air.

Bhoja Air’s licence expired last year, sources say, but has now been renewed. It is mandatory now for the airline to start its operations, sources add.

In a letter to the CAA, PIA has requested the regulator to cancel Indus Airlines’ licence, granted a year ago, citing financial and technical problems for the national carrier.

At present, two airlines are operating successfully in the private sector including Air Blue and Shaheen Air.

According to sources, however, Indus Airlines has already acquired an office at the Jinnah International Airport, which is not operational yet. The company has hinted that it plans to start its operations by mid-March. Sources add that the company has hired executive officers from PIA as well as other airlines, but has not yet decided about the types of aircraft it will induct in its fleet.

The name of the new airline’s chief has not been announced yet.

A spokesperson for Indus said the airline is a consortium of various companies, has acquired offices and is hiring staff in different departments.

The airline will host an inauguration ceremony soon where further details will be provided to the media, the spokesperson added.