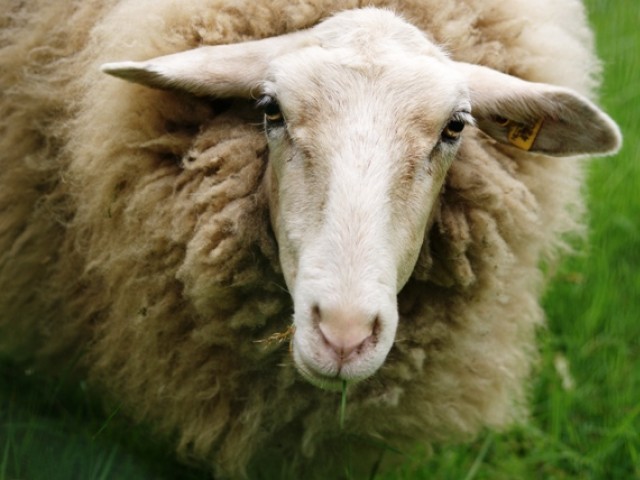 Shabbir says a circus offered him Rs60,000 to sell off sheep, but he refused, says uniqueness made sheep priceless. PHOTO: FILE

PESHAWAR: Walking on six legs, a unique sheep has got people talking in Peshawar.

The sheep’s owner named Shabbir, who runs a roadside restaurant Afghan Shinwari, bought the sheep a year ago.

According to Shabbir, he has slaughtered many sheep and goats to serve food to his customers, but saved this one because of its novelty.

Although the sheep’s ‘extra’ two legs are disabled, a circus offered Shabbir a sum of Rs60,000 to sell it off to them, but he refused.

He said the uniqueness had made the sheep priceless.