The young actor is miffed that market­ing bosses gave permis­sion for his face to be printe­d on toilet paper.
By IANS
Published: December 31, 2011
Tweet Email 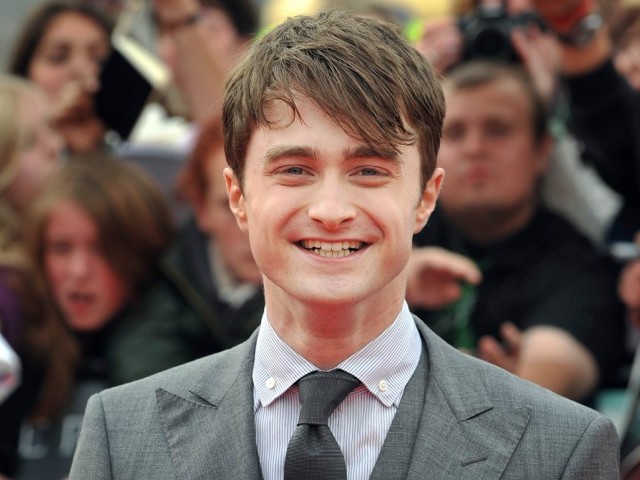 The young actor is miffed that marketing bosses gave permission for his face to be printed on toilet paper. PHOTO: AFP/ FILE

LONDON: It usually gives “Harry Potter” star Daniel Radcliffe immense pleasure to see his face on posters and in newspapers and magazine. But he is upset after finding out his face has been used on a toilet paper in Thailand.

The young actor is miffed that marketing bosses gave permission for his face to be printed on toilet paper, reports thesun.co.uk.

“I have heard my face is on toilet paper, which is really not pleasant. But I haven’t seen it and I don’t know if that is much of a compliment,” said Radcliffe.

He is hopeful his “Harry Potter” avatar doesn’t appear on other such products.

“The guys from American Pie had their faces on condoms. I know you can get Barack Obama condoms, although they haven’t done that for us yet. I don’t think it would be appropriate,” he added.

Radcliffe has made millions by appearing in eight “Harry Potter” films. So he admits he is in no position to question the franchise’s marketing methods.

Dolls, wands, carpets, clothes and games have been a goldmine to Warner Brothers over the past decade.

“I have nothing to do with the merchandising and marketing of the films. Any actor is involved in their performance but not that side of things. It is something you become a little blase about to a degree because it was a job but I pinch myself and think that I have an amazing job.

“I feel lucky to have done it and now I pinch myself every day. I owe a lot to Harry,” said the actor.