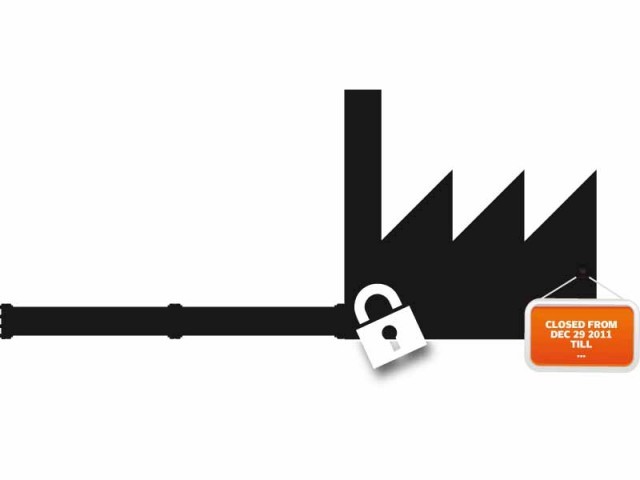 LAHORE: Sui Northern Gas Pipelines Limited (SNGPL) has announced gas curtailment for all industries of Punjab for an indefinite period of time. According to a notification issued by the company, the decision was taken to provide the gas to its domestic consumers.

SNGPL has updated its website as well in this regard. Industrial Zone II of Punjab was scheduled to resume gas supply from today, but this did not happen.

Accordaing to SNGPL, due to a country-wide gas shortage the company is currently facing a shortfall of 700 mmcfd. Company officials say that the total demand on the SNGPL network is 2,600 mmcfd and the supply is about 1,900 mmcfd.

SNGPL is still waiting for instructions from the Ministry of Power and natural Resources on how to manage the gap but in the meantime has  planned to shut down the industry in Punjab till further notice.

The company has also planned to disconnect gas to all CNG stations of Punjab from next month if the situation persists, however the final decision would be taken with the compliance of the ministry.

The company spokesperson told The Express Tribune that the gas line Pack (gas pressure in the pipe line) had come down to 2,600 mmcft which has forced the company to take this decision. He said that if the pressure drops to 2,500 the entire system will collapse and it takes a week to revive it.

The gas pressure for domestic consumers on the other hand was also observed to be low in most parts of the provincial metropolis. The company held CNG stations responsible for this.

All Pakistan textile Mills Association (APTMA) has now decided to come on roads in protest. APTMA chief Gohar Ijaz said that the textile industry has already suffered a lot due to the energy crises,

Hundreds of workers and owners of textile industries staged a protest demonstration on the motorway (M-3) to express their resentment over the suspension of gas supply to industrial units. The demonstrators belonging to different textile units of the city blocked the Kamalpur Interchange (M-3) that caused suspension of vehicular traffic on the motorway for more than 2 hours. Muhammad Naveed, a daily wager, participating in the demonstration said that if mills worked for six days a month, how could they make their living and provide bread to their family and small children? Another protester Ghulam Rasool said the new gas load management plan was a well-calculated and well thought-out conspiracy against the present regime in the province and the people sitting at the helm of affairs must understand the importance of the industry.