US base in Kyrgyzstan 'very dangerous': President

US base in Kyrgyzstan 'very dangerous': President 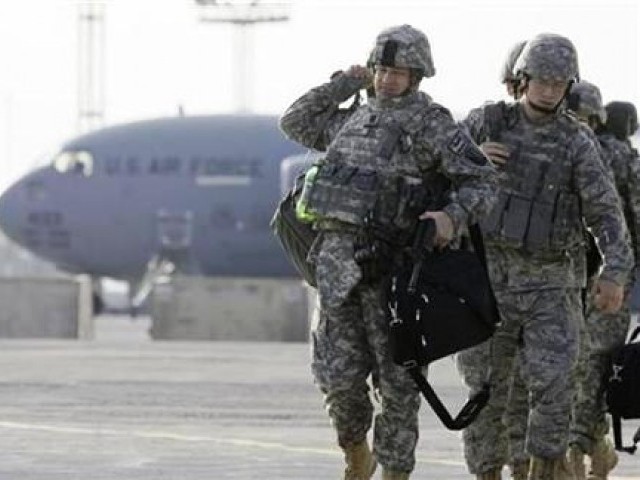 BISHKEK: Kyrgyzstan’s new leader said Thursday it was “very dangerous” for his Central Asian nation to host a US military base at Bishkek airport and that it must become a fully civilian airport by 2014.

Kyrgyz President Almazbek Atambayev said he told visiting US Assistant Secretary of State Robert Blake that the annual users fee of $150 million which Washington paid was not worth the risks involved.

“Perhaps they may think that Almazbek Atambayev is doing this under pressure from Russia,” said Atambayev, a former prime minister who was elected president of the turbulent nation near Afghanistan last month.

“This is not the case,” he stressed. “We want to transform Manas into a fully civilian airport. And keeping a military base for $150 million is slightly dangerous. Not slightly, but very dangerous.”

The ex-Soviet republic is the world’s only nation to house both a Russian and a US military base, reflecting a recent rivalry between Moscow and Washington in the energy-rich region.

Kyrgyzstan had threatened in 2009 to shut the US base down with immediate effect, a move that followed a massive new loan agreement with Russia.

Washington negotiated a new lease agreement with the Kyrgyz government later that year after raising its payment.

Now officially called the Manas Transit Centre, the base is located at a civilian airport on the outskirts of the Kyrgyz capital Bishkek.

Nato has mapped out a strategy to withdraw all its troops from Afghanistan by the end of 2014, but the base remains a vital transit point of operations due to current tensions in US relations with Pakistan.

Atambayev said Washington could still have non-combat access to the airfield if it worked with Moscow on jointly transforming Manas into a modern transportation centre.

“Either the Americans leave in 2014 or, jointly with Russia, they make Manas into a joint civilian transport airport,” the Kyrgyz leader told reporters.