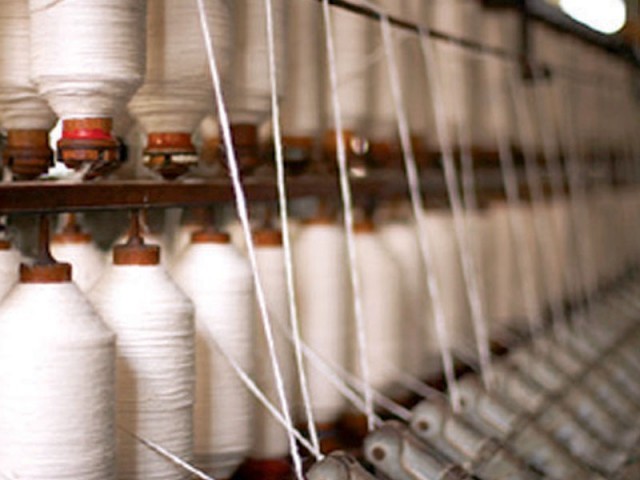 Exporters invested $17 billion while annual income from textile exports was about $14 billion, according to Pakistan Textile Exporters Association. PHOTO: FILE

Gas pressure in Faisalabad industries has dropped to zero, leading to closure of all textile manufacturing units which have got notices of an indefinite suspension of gas supply.

Faisalabad industries employed more than one million people and if the energy crisis was not resolved, it would be difficult to pay salaries to them, he said. “In the current situation, no industry can survive.”

Textile exporters of the country had invested $17 billion while annual income from textile exports was about $14 billion, he said and added the industry had the potential to earn $25 billion if the energy crisis was resolved, interest rates reduced and law and order improved.

He also suggested that exporters should be separated from the general industry in the gas suspension plan.

Responding to a question, Tauseef said world’s biggest textile fair, Heimtextil, which is organised in Germany every year, is scheduled to be held next month but textile exporters were in a quandary as to how they would honour export commitments if they got sufficient orders.

“If the government does not respond, textile exporters have the option to stop paying gas bills,” he said, adding exporters would make payments to the associations concerned, which would release the money to the gas company if negotiations proved successful. As a mark of protest, the textile exporters later burnt gas bills.