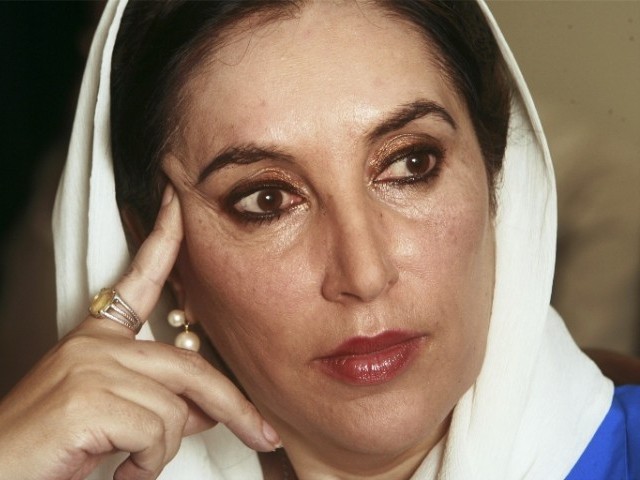 At the fourth anniversary of Benazir Bhutto’s assassination in Rawalpindi, all questions remain unanswered. PHOTO: REUTERS

At the fourth anniversary of Benazir Bhutto’s assassination in Rawalpindi, all the questions remain unanswered, as in the case of the assassination of General Zia in 1988. Because of some of the pointers in the various investigations into the killing, the PPP government has hesitated in grasping the nettle. It asked the UN to investigate the case, pointing to international culprits to avoid naming an internal suspect. Then it ignored the UN report which was quite clear about the flaws in the way Pakistan was looking at the murder. Now everyone in the opposition — and breakaway leaders within the party — are accusing it of not coming clear and have used that equivocation to hurl all kinds of allegations.

The 60-page Report of the UN Commission of Inquiry into the assassination of Benazir Bhutto had focused on the ‘flaws’ of investigation into the murder by the Pakistani agencies. Some names had cropped up in this connection, leading the media and the opposition to call upon a much-weakened PPP government to take steps to punish those who were remiss in their job. The government was brought to its knees by the Supreme Court; and any attempt to get at the ‘big fish’ would have offended the military, which the PPP could not afford. The result was that its own interior minister and others in the inner circle of the government began to be blamed because they were seen as not acting on the report.

The UN Report deviated from the commonly-held views in Pakistan. It trusted the telephone intercept indicting then Taliban chief, Baitullah Mehsud, referred to an al Qaeda announcement in Italy that an “American asset” had been eliminated and focused on the strained relationship between Ms Bhutto and the establishment. It noted the charge against her that she was willing “to compromise Pakistan’s nuclear programme and allow greater western access to it”. The UN Report stated in Para 216: “Many sources interviewed by the Commission believe that the establishment was threatened by the possibility of Ms Bhutto’s return to high public office and that it was involved in or bears some responsibility for her assassination”.

In Para 217, it said: “Several of these sources spoke of the existence of elements within the establishment who saw her return to an active political life in Pakistan as a threat to their power. These elements included, in particular, those who retain links with radical Islamists, especially the militant jihadi and Taliban groups, and are sympathetic to their cause or view them as strategic assets for asserting Pakistan’s role in the region.”

In February this year, a Joint Investigation Team (JIT) probing the murder arrived at the following finding: “Based on evidence and statements, it is prima facie established that Musharraf is equally responsible with criminal mens rea [‘guilty minds’ in Latin] for facilitation and abetment of assassinating Benazir Bhutto through his government’s failure in providing her the requisite security protection her status deserved as twice prime minister.”

Ms Bhutto was attacked earlier the same year, on October 18 in Karachi, and was nearly killed. Once again the attacker was linked to the Taliban, although his family was based in Karachi. The attack killed 150 people and the man responsible was Abdul Wahab Mehsud who fled to Waziristan after the incident. He was the son of a retired policeman in Karachi. The others accused belonged to non-state actors from a jihadi outfit.

The remnants of the team of assassins that came to Rawalpindi are in state custody. The JIT report also confirmed that the killers of Ms Bhutto stayed at Madrassa Haqqania in Nowshehra. Incidentally, that seminary is run by JUI-S leader Maulana Samiul Haq, who is one of the leading lights of the Defence of Pakistan clerical-jihadi conglomerate spearheading Pakistan’s anti-American drive and indirectly empowering the establishment’s new isolationist policy. So the question is: when will Ms Bhutto’s killers be caught and tried in a court of law? And when will they be convicted of their crime?

Beyond the Salala probe