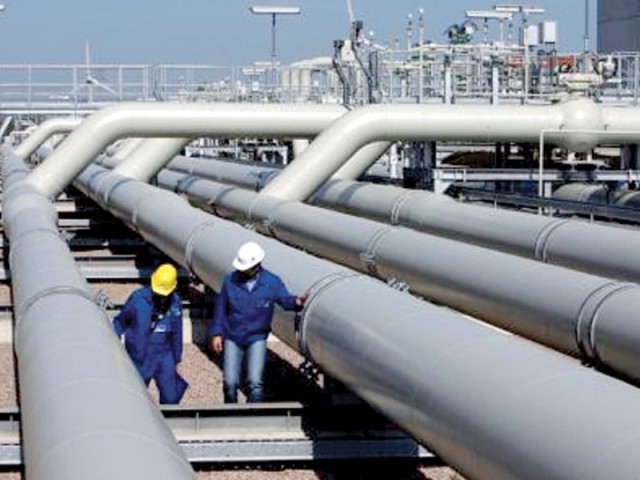 The power plants at Jamshoro and Kotri have valid agreements to receive 90 mmcfd and 25 mmcfd respectively from SSGC, but have been receiving nothing. PHOTO: FILE

Strong lobbying efforts by the compressed natural gas (CNG) and fertiliser sector has resulted in more than 600 million cubic feet per day (mmcfd) being diverted from power plants to those sectors, and resulted in a nearly-fold jump in the cost of electricity production.

The gas being diverted is from power plants owned by state-owned electricity generation companies. These companies need about 735 mmcfd to run their power plants, but during the entire duration of 2011, the maximum amount they have gotten on any given day has been 300 mmcfd. As of Saturday, that supply is down to 100 mmcfd, being supplied only to the Guddu power station in Sindh, which is supplied by the dedicated Mari gas field.

As a result of this policy, these power plants have been forced to shift their fuel source to furnace oil, the prices of which have jumped 72% to Rs76,000 per ton over that period. The cost of production has gone up from just over Rs5 per kilowatt-hour to Rs18 per unit. This policy affects power plants capable of producing about 3,000 megawatts, or over one-quarter of the country’s power supply.

“The gap between the notified price (that which regulators allow the companies to charge consumers) and the cost of production has gone up by 40%. It used to 20%,” official sources told The Express Tribune.

Of the nine state-owned power plants owned that can run on gas, the two state-owned gas companies – Sui Northern Gas Pipelines and Sui Southern Gas Company – have gas supply agreements with seven. While some of those remain valid, others have lapsed and the gas companies have refused to extend them, forcing all of those plants to operate on more expensive fuel.

The power plants at Jamshoro and Kotri have valid agreements to receive 90 mmcfd and 25 mmcfd respectively from SSGC, but have been receiving zero. When contacted, Azeem Iqbal Sidiqqui, managing director of SSGC, claimed that the gas was not being supplied to those plants due to a shortage. Arif Hameed, managing director at SNGP, offered similar excuses.

The 33-megawatt power plant supplying electricity to Quetta has also not been receiving gas, Siddiqui admitted, for the same reason. Meanwhile, the large 1,550-megawatt plant at Guddu has been getting only 100 mmcfd compared to the 295 mmcfd that it needs. Even that gas is not being supplied by either SSGC or SNGP but rather the Mari Gas Company.

About 120 mmcfd has been diverted to Fatima Fertilizers. The Water and Power Development Authority, which is the government agency responsible for all state-owned power generation, has an agreement with SSGC to provide 40 mmcfd from a new gas field owing to the diversion to the fertiliser sector, but this new gas supply has yet to be supplied.

As a result of these measures, unless the government passes on the full cost of power production to the consumers (an unlikely scenario close to an election year), the government’s cost of subsidies will jump dramatically, forcing the government to slash the development budget, borrow heavily from the banks and print money, causing inflation.

In addition, it is likely that the stock of circular debt – the hundreds of billions of rupees in outstanding liabilities that have financially crippled the energy sector – will likely increase, further exacerbating the energy crisis.