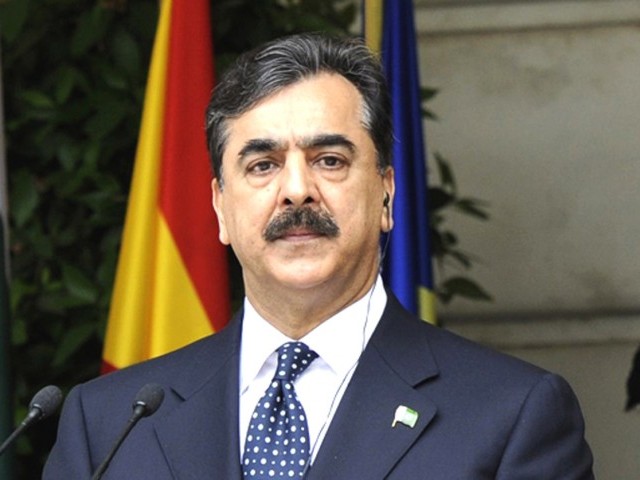 Gilani says only politics of reconciliation can save country

LAHORE: Prime Minister Yousaf Raza Gilani put the insurgency-hit tribal agencies on notice Sunday that a democracy plan will be crafted for them once the military operation there  draws to a close.

Without elaborating, the prime minister said, the move should be considered as a gift to the people of the tribal agencies. Speaking to reporters at the Prime Minister House, Gilani said that through people-friendly measures his ruling Pakistan Peoples Party was exhibiting its penchant  for “going forward and taking all parties and institutions along with it.”

He also observed that the nation was united against the threat of terrorism, perhaps more than it had ever been in the country’s history. “That’s why no politician today is standing with the fundamentalists,” he said.

He also made it clear that only a civilian government could tackle the challenges faced by the country. But even that, he said, requires all political forces to embrace wholeheartedly the politics of reconciliation.

“All political parties and  institutions have to join hands to bring the country out of multiple crises,” he said. The leaders of all political grouping should play “a positive role in politics” and deliver on their promises or else “the masses would never trust them again”.

He claimed that the government was steering the nation in the right direction, noting the mixed political complexion of the provincial setups. “Coalition governments are ruling in all the provinces,” he said.

Gilani said that the two-thirds majority system was fast becoming impractical in the country, adding all the political parties should follow the idea of coalition-building.

In response to a question about India, the prime minister said that dialogue between India and Pakistan was necessary for durable peace in the region. “Pakistan and India cannot afford war and both the countries should concentrate on resolving the problems faced by the masses,” he added.

Turning to the domestic energy crisis, he said the government had initiated long-, medium- and short- term projects to tackle the crisis. He further said the nation would not have faced such crisis if the previous government had taken positive steps in the energy sector.

To a question about the law and order situation in Karachi, he said that though the drive-by shootings were not linked to any terror outfit some groups were involved in the killings. “I have directed Interior Minister Rehman Malik to make the intelligence agencies more active in this regard,” he added. (With additional input from the Associated Press of Pakistan)