Gilani gave his approv­al during a high-level meetin­g on LNG and gas import.
By Zafar Bhutta
Published: December 23, 2011
Tweet Email 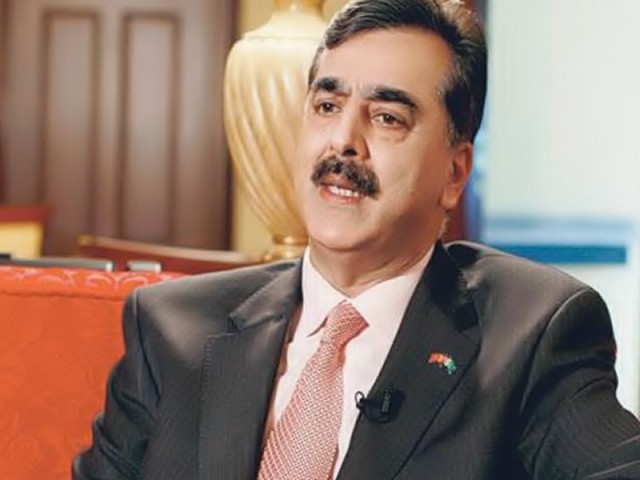 With the opposition onboard, Prime Minister Yousaf Raza Gilani gave the petroleum ministry the go-ahead to impose a two-month ban on gas supply to CNG stations in Punjab.

With gas shortfall expected to jump up to over 1 billion cubic feet gas per day next month, Prime Minister Gilani gave his approval during a high-level meeting on LNG and gas import at the Prime Minister House on Thursday.

“In addition to curtailing gas for CNG stations, a 25% increase in CNG prices is also on the cards which the Planning Commission has proposed to implement from January 1,” sources said.

During a recent meeting of the petroleum ministry, Deputy Chairman Dr Nadeemul Haq had proposed bringing CNG prices at 80% parity with petrol, against the current 55%. Petroleum Minister Dr Asim Hussain said he had supported the imposition of the two-month ban in the National Assembly. The Oil and Gas Regulatory Authority (Ogra) had proposed a 14% increase in gas prices across the board, effective from January 1, he added.

“There will be no cross-subsidy for gas consumers from January,” he said.

Prime Minister Gilani was informed during the meeting that a consensus had been reached on the ban of gas supply to CNG stations in Punjab, sources told The Express Tribune, adding however, that leader of the opposition in the National Assembly Chaudhry Nisar Ali Khan was opposing the ban.

Prime Minister Gilani directed that the ban should only be implemented if the Pakistan Muslim League-Nawaz (PML-N) agrees.

To ease the pressure of gas outages on domestic and industrial consumers, 100 MMCFD gas from the Hyderabad Gas Field will be put into the national system within a month, the petroleum and natural resources ministry secretary briefed the meeting, according to a statement issued in Islamabad.

Khyber-Pakhtunkhwa (K-P) would immediately be given 15 MMCFD gas from the Kohat Gas Field, which would be put into the national system, the petroleum secretary further added. The government had taken emergency measures to address the gas shortage issue in Rawalpindi and Islamabad and has been able to resolve it to a large extent, he said.

Negotiations with the CNG association are underway to rationalise the supply of gas to CNG stations, the secretary said, adding that priority would be given to domestic consumers during these negotiations.

Negotiations would also be held with the industrial sector to ensure uninterrupted gas supply to households, he said.

The meeting was informed that 750 MMCFD of additional gas would be flowing into the system by November 2014 – sufficient for 40% of the country’s gas requirements.