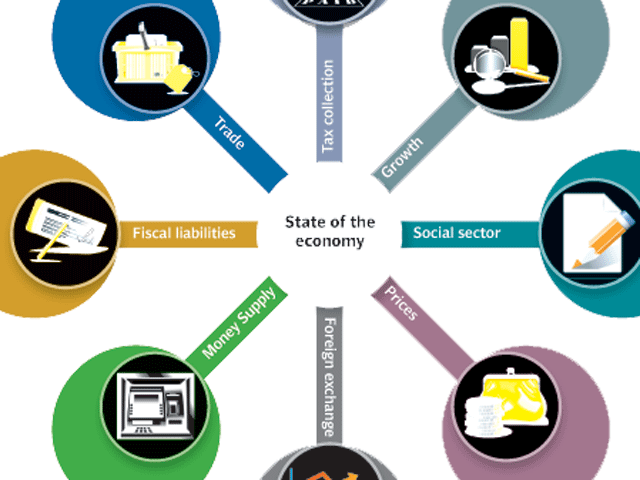 The report itself revealed no surprises.

Government reports have a tendency to state the obvious in the most obscure manner possible. The State Bank’s annual report on the economy seems to be somewhat of an exception to that rule, laying out in plain language exactly what went right and what went wrong in the economy during the fiscal year that ended June 30, 2011. For this, one must be grateful to the central bank. The report itself revealed no surprises. Government borrowing from banks, inflation and the energy deficit all exceeded their targets while economic growth and investment were far below their previous levels. None of these numbers were unknown, especially since the State Bank utilises many of the data sources that the finance ministry uses when compiling the Economic Survey of Pakistan. The value of this report, therefore, is not the data but the analysis, which serves as a useful internal check on the government’s own claims about its economic management.

The verdict delivered by the central bank is damning. The government’s failure in reforming the energy sector resulted in the budget deficit far exceeding its targets, reducing the ability of the private sector to borrow and constraining the energy supply and by extension, economic growth. In a year when the country was hit by a severe natural disaster, the government should have at least avoided man-made management crises. The government’s handling of the flood got reasonable reviews from the central bank, although once again, the praise was for the short-term handling of a crisis that was made worse by long-term neglect of infrastructure development. While the overall picture painted by the report was not bright, we are at least grateful that there is a government institution that has both the intellectual capacity, as well as the independence, to speak plainly and authoritatively about just what is going right and what is being done wrong by the country’s economic management team. The reason this is possible is because the State Bank is an independent institution whose staff members are not beholden to the hierarchy of the federal civil service. We hope that, as the Senate considers the State Bank Act of 2010, it will preserve this important check on the government.