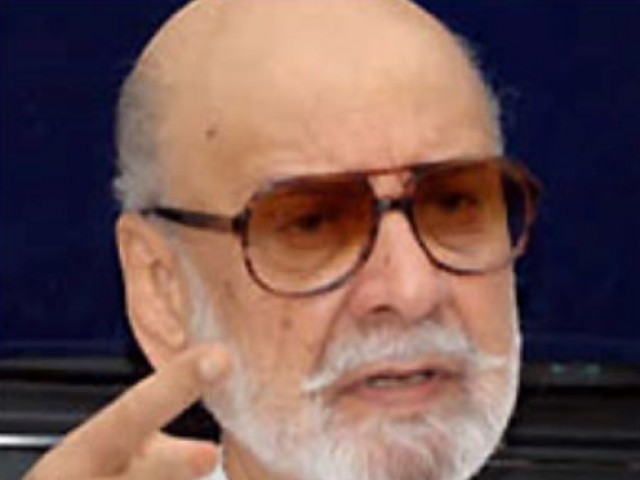 KARACHI: In an interview with The Express Tribune prior to his meeting with Pakistan Muslim League chief Nawaz Sharif, Mengal was openly critical of the government and the military. “They have decided that we (the Baloch) were born slaves and will remain so,” he said. “Balochistan has neared the point of no return.” He said working to solve any of the issues in Balochistan was dependent on the military.

In reply to a question on the Aghaz-e-Haqooq-e-Balochistan package, which the current government announced with fanfare as one of its ‘key achievements’, Mengal rejected it completely. “Do not even talk of this,” Mengal said with a dismissive wave. “They are making fun of us. They keep repeating these things every few months with different names.”

Expressing frustration at the province’s treatment, he said that from the day that Balochistan became a part of Pakistan, it had been wronged.

Short of provincial autonomy – which Mengal describes as where the federal government only controls defence, foreign affairs and currency – Balochistan will not be content. “The corpses will keep appearing.” Regarding his talk with the PML-N chief, he said there was no agenda set for the meeting, and Sharif had sought the meeting.

Mengal, who is in Karachi for medical treatment, said he did not see himself playing an active political role at his age. He did say that the Balochistan National Party is expected to participate in the next general elections – but this would be contingent on whether the polls were fair, and if the military was not involved in monitoring the election.

“Our problems and role have become restricted to Balochistan,” Mengal said. “It is a small province and we have limited responsibilities. We face so many problems that we have not been able to cope with those, let alone anything else.”

When asked if a starting step could be scaling back the role of the military and security agencies, Mengal returned with a question of his own: “Should I call this country a military colony or a colonial game?”

“Perhaps other provinces do not realise this, they may not have reached saturation point yet. We have crossed it a long time ago. We are helpless and can only curse our destiny.”