They often had quarre­ls as the girl used to spend more time with her parent­s, says admini­strati­on offici­al Nadir Khan.
By AFP
Published: December 19, 2011
Tweet Email 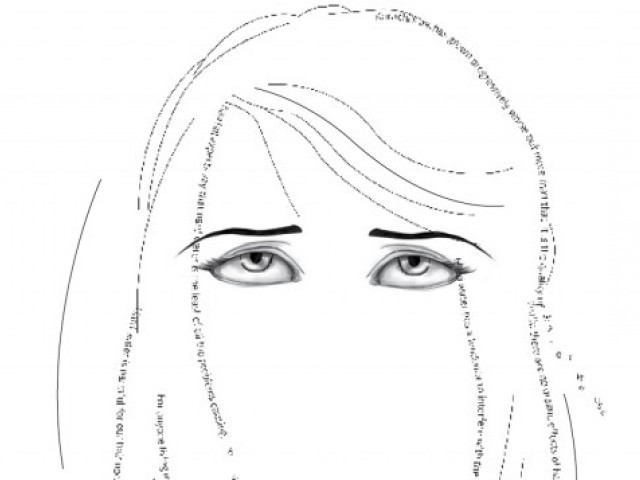 They often had quarrels as the girl used to spend more time with her parents, says administration official Nadir Khan.

ISLAMABAD: A man chopped off his teenage wife’s nose and lips in a furious marital row allegedly over the amount of time she spent with her parents, officials said Monday.

The horrifying case underscores the brutal violence suffered by some women in Pakistan, where a domestic violence bill lapsed in 2009 after being held up in the Senate due to objections from religious parties.

Ghulam Qadir, 22, who is understood to have had a turbulent relationship with 18-year-old Salma, hacked into her face with a knife on Saturday in the remote village of Karkana, 475 kilometres (300 miles) southwest of Islamabad.

“Qadir chopped off the nose and lips of wife Salma on Saturday morning and fled,” said Nadir Khan, an administration official in Musa Khel district, part of violence-torn Baluchistan province, which borders Afghanistan and Iran.

“They often had quarrels as the girl used to spend more time with her parents,” said Khan. The couple have been married for about a year.

He said authorities were trying to arrest the culprit.

Prime Minister Yousuf Raza Gilani has demanded action in the case, but many cases of violence against women in Pakistan go unpunished.

“The girl’s parents have taken her to a hospital in Multan and she is OK and out of danger,” Aftab Hasnain, assistant commissioner in Musa Khel, told AFP.

Television channel Express News broadcast footage of Salma, lying in hospital with a white bandage over her nose and lips, and wearing a red headscarf.

Ali Dayan Hasan, Pakistan director at Human Rights Watch, told AFP that domestic violence is a “serious, endemic problem in Pakistan” and called on the government to revive efforts to outlaw domestic violence.

But he praised the current parliament for a “fairly impressive” record on passing other legislation designed to protect women’s rights.

A recent law against sexual harassment, for example, is “some of the most progressive and cutting edge in the region,” he said.