A way out of the memogate mess

A way out of the memogate mess 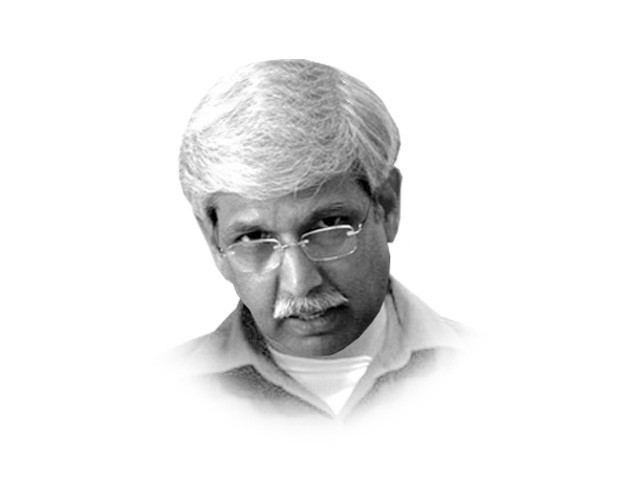 Salala was an unqualified tragedy. Period. But did it alter the strategic equation in any way? Consider: Pakistan’s strategic environment is still the same, what with the war on terror still raging. Afghanistan is as unsteady and unstable as any other weakling nation mired in strife — and as a consequence, Pakistan, too, is stumbling and unsteady, in desperate need to right its own balance. Thus, what were Pakistan’s objective strategic concerns pre-Salala continue to remain so post-Salala.

For a moment let us go back to Salala. The dominating sense of it all as an inquiry goes through its paces, is that the incident was indeed an error. A well-embedded source within Washington’s strategic community says it was an “induced and infused” error. The Afghan National Army (ANA) elements leading the operation with the support of US Special Forces misled Nato’s air response against the Pakistani posts, in a deliberate and intended provocation. For the moment, an answer is easier to find in the popular assertion that Afghans at most levels share a deep-seated animosity for Pakistan. It seems though that such Afghans are usually those that either live in Kabul or are heavily influenced by the western presence in parts of Afghanistan. That is equally bad for it preordains Pakistan’s policy objectives even if Nato/US were to exit tomorrow and leave a remnant sentiment of Pakistan having been a problem rather than a part of any solution to the Afghan predicament. This then, too, becomes an Afghan policy imperative — apart from bringing closure to the war in Afghanistan and in Pakistan’s tribal regions, and in helping forge bilateral and region peace and stability. If these are the imperatives of Pakistan’s Afghan policy — and indeed these should be — what then is the fuss? Come December 23, the findings of a Nato/US inquiry will outline miscommunication as a the more likely cause and provide assurance of instituting foolproof mechanisms to prevent such things from happening again. Apology or no apology, the inevitability of strategic compulsions will keep the three principals — Pakistan, Afghanistan and the US — bound into a collective association to resolve the muddle, each working for its own interest, though. Better get back to work, the sooner the better, and forge an early end to an imposed war that is going nowhere.

But, what is our current fancy? The Mansoor Ijaz and Husain Haqqani drama played out in print and in Pakistani living rooms through compulsive idiocy every evening what else, the idiot box. It makes for a convenient Pakistani diversion from what remains our most urgent issue at hand — the disabling 10-year-old war. Mansoor, more likely, is a conman and may even be in the service of some, but why allow him to distract us from issues that will help determine our long-term health. I, for one, feel that what he claims this time round may just be true enough because it has with it the accompaniment of another genius who knows what the 1971 moment is, but then, is it too much for some to treat it as an administrative process and await the findings?

The sight of some humbled down from their lofty abodes and an inevitable clash of a few, even if it be at the cost of direly-needed stability in a nation beset with some existential challenges, is the sign of immortal adventurists. Don’t be fooled though, by this exquisite skullduggery. Each has, like the inimitable Haqqani, their pound of flesh to extract. Some do it under the larger rubric of the progressive libertarians — see how the fancy of General Pasha’s resignation has beheld the spark in their eyes even if it be of an imagined attempt at seeking the concurrence of Middle Eastern Sheikhs to unseat Zardari (absurdity notwithstanding).

It is more than likely that Haqqani has a boss in this entire episode and if an honest inquiry is allowed he just might be his literal boss. Even if it be so, there are political fallbacks for this entire episode. It is but common sense that when politics is so polarised the Constitution should be permitted to beget a solution. But again, we venture into the unknown. The nation, and that includes the military for God’s sake, have been down this route before and are unlikely to seek similar reparations as indeed was the fate meted out to an unfortunate Bhutto. The usual recourse when nations fall into disarray is to seek a fresh mandate from the electorate. That isn’t failure; in times like this, it is smart politics. A tradition of agitational politics may be the comfort zone of the PPP but undue paranoia makes for a sorry state.

Putting the railways back on track