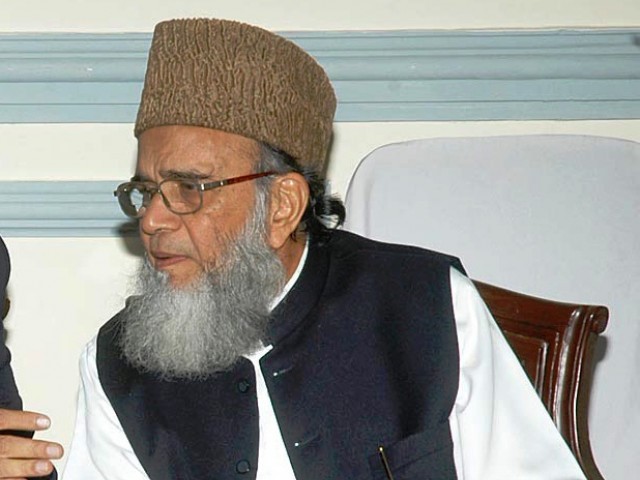 PESHAWAR: Jamaat-i-Islami chief Syed Munawar Hasan  said on Sunday that to save Pakistan the government should announce early elections.

Hasan made this statement while addressing a public rally in Peshawar, and added that Pakistan should not have a president whose health is “unstable”.

Hasan further accused the government of not implementing the Supreme Court orders.

Ahmed threatened that if Nato supply routes were restored, JI will call for countrywide transport strike in protest.

Talking further about the Nato issue, Hasan said that peace in the region cannot be restored until the United States is forced to leave.