Command and control of war

Command and control of war 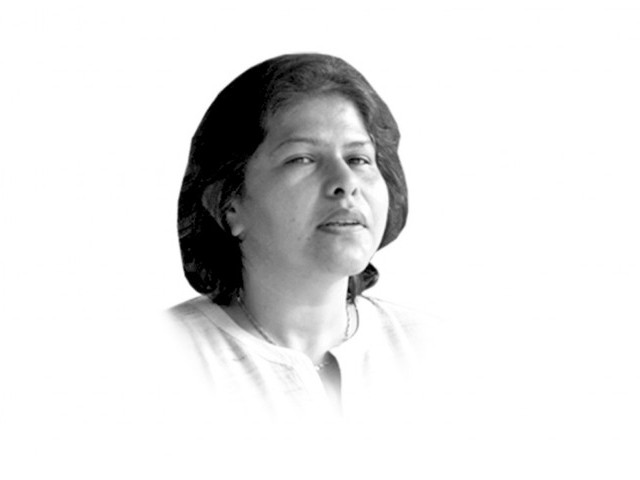 The writer is author of Military Inc and a visiting professor at Johns Hopkins University, US ayesha.siddiqa@tribune.com.pk

Pakistan’s army chief has received the much-desired extension. The decision of the civilian government was applauded by all on the basis that General Ashfaq Parvez Kayani’s performance in the past couple of years should have been rewarded by giving him an extension in tenure. According to Lt-Gen (retd) Talat Masood, this is the first time that a political government extended the tenure of a serving army chief instead of the officer granting himself an extension.  But it is worth seeing what the decision means for civil-military relations (CMR) balance and for the armed forces as an institution.

It is wrong to see CMR in a binary trajectory, which means that it is incorrect to assume that things will repeat themselves and not morph into newer shapes. The extension might be given by the civilian administration but the decision underscores the power of the army and its chief who was keen to see his tenure extended. Many commentators believe that this was being considered for the past several months. Some day one hopes stories will simmer in the public through the grapevine about how members of the political government fought the possibility of an extension.

The GHQ, on the other hand, operated through its usual tools: the free media in the country and its American partner in the war on terror. The team of American generals such as David Petraeus and Mike Mullen were all for General Kayani. This was a major source that pursued Islamabad for this decision. A number of GHQ-friendly journalists keenly advised the civilian government to extend the services of the army chief. Job well done, boys!

The fundamental argument supporting the extension is that it will ensure continuity of command during the ongoing war. There are several examples of when absence of this factor produced less exciting results. One such example pertains to the change of command during the 1965 war. But the current war is very different from the conventional war of 1965. This is a slow and simmering war which will not end in the next three years either. An operation in Swat or different parts of Waziristan will not do the job alone. This is a battle which requires serious socioeconomic and political initiatives, especially after the military clears the path. This is also a battle which requires the will to abandon security assets if the country is to be saved at all. The war on terror is not something which can be fought with tanks, fighter aircraft and drones. Just consider the cost-benefit ratio of drone attacks and you can see the limited advantages.

From an organisational perspective, we are told that the Pakistan army is the only surviving institution of the state. However, an organisation’s survival is demonstrated by how well it can nurture and breed internal systems. Prime evidence of this is that the senior management is in sync with the objectives and can plan the operations with a sense of a joint mission. So, what does the decision fundamentally tell us about the organisation? Is it an organisation which will be unable to battle the internal enemies once the top man and his inner team are gone?

The army is involved in fighting a war on terror for the past 9-10 years. This should mean that the top management understands the objectives and that the next army chief will be able to act as well as the outgoing. Or is it that other officers don’t have the same level of competence? Or, perhaps, the US government was convinced that the rest of the generals might contain a surprise like General Ziaul Haq. What does one make of an organisation that begins to depend on personalities rather than processes?

Although predicting Pakistan’s politics is both difficult and useless, it is quite possible that the political government might have bargained for some more time to remain alive. A relatively honourable exit will bring kudos for the general and might win him a visiting fellowship in one of the US think-tanks after he finally retires.

Pakistan indeed has its unique model of CMR, which it seems, eluded academics like Francis Fukayama. He might have solved the puzzle had he looked deep into the history of the Prussian military.