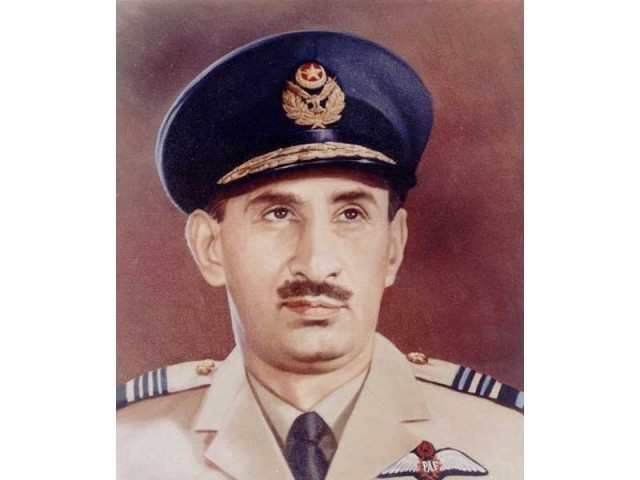 Air Marshal Nur Khan was a highly decorated officer and a recipient of the Hilal-e-Jurat, Sitara-e-Pakistan and Sitara-e-Quaid-e-Azam.

Pakistan on Thursday lost one of its leading icons Air Marshal Malik Nur Khan, who passed away at the Combined Military Hospital in Rawalpindi at the age of 88. During a long-spanning career, Nur Khan made the transition from the air force chief (succeeding Air Marshal Asghar Khan in July 1965) to Pakistan International Airlines executive and then sport administrator.

It was under his watch that sports flourished in the country and Pakistani cricketers as well as hockey and squash players distinguished themselves in their fields, earning laurels worldwide. His dynamism and spirit of patronage made the difference.

Air Chief Marshal Rao Qamar Suleman, chief of the air staff, expressed grief over the demise of the PAF legend, recalling how the man who led the Pakistan Air Force achieved parity over the three times bigger Indian Air Force in the 1965 war and was “the beacon of inspiration for all rank and file” of the air force.

The man who was widely respected not only for his integrity but also for his razor-sharp intelligence and outstanding management abilities was transferred to the Royal Pakistan Air Force after the creation of Pakistan and was given the command of Lahore Air Base. After a short stint at Lahore, he was entrusted with the command of PAF Base Chaklala. In January, 1948, he proceeded to London and served as a liaison officer in the Pakistan High Commission, after a brief stay, he returned to Pakistan and was posted as Commandant PAF College, Risalpur in September, 1948.

After completing his tenure he was posted to Air Headquarters from January, 1950 to March, 1951, and remained fully involved in the induction of aircraft from the United States. He commanded Peshawar Base in 1955-56 and then commanded PAF Base Mauripur in 1956-57. During this tenure he converted PAF fighter squadrons from piston to jet-engine aircraft.

Later, he served at Air Headquarters before he was appointed as Air Officer Commanding of the first re-organised Operation Group.

He was seconded to PIA in March, 1959 as managing director, where he worked till 21 July, 1965. In February, 1964, he was appointed as chief administrator of civil aviation and tourism. In 1970s, he was again given the charge of PIA as its chairmen in 1973.

In July 1965, Nur Khan was decorated with the rank of air marshal and was appointed as commander-in-chief of PAF. Four years later, the government of Pakistan appointed him as the governor of West Pakistan.

Air Marshal Nur Khan was a highly decorated officer and a recipient of the Hilal-e-Jurat, Sitara-e-Pakistan and Sitara-e-Quaid-e-Azam. He was also awarded the Order of Istiqlal (2nd Class) by the King of Jordan, and decorated as Commander of the National Order of the Cedars by the president of Lebanon and Grand Officer in the order of Range Nassau with Swords by the Dutch government.

His funeral prayers will be offered at 10:30 am at the PAF Complex cricket ground, Sector E-9 Islamabad and he will be buried with full honours at 4:00pm in his native village Tamman, Chakwal district.