When Genera­l Pervez Mushar­raf was appoin­ted army chief, it was headli­ne news for almost all newspa­pers save one which...
By Aamer Ahmed Khan
Published: July 24, 2010
Tweet Email 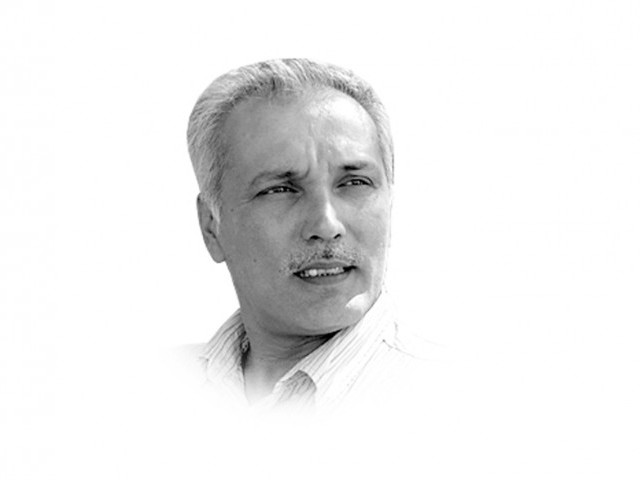 The writer is head of the BBC Urdu Service aamer.khan@tribune.com.pk

When General Pervez Musharraf was appointed army chief, it was headline news for almost all newspapers save one which chose to give it a single column display tucked away in a corner of its front page.  Its editor at the time was adamant that a soldier, no matter how high up the ranks, is a professional, employed by the state and paid out of taxpayers’ money. As such, he deserved no more than that.

One wonders how the same editor would have treated the news of the current army chief General Ashfaq Parvez Kayani’s extension.

Of course, every editor will have his or her own take on politics. But the fact of the matter is that Pakistan’s army chief doesn’t quite think of himself as a soldier and often reacts violently if treated as one by politicians. Politicians perhaps recognise this unpleasant reality far more clearly than the media which, unlike the politicians, does have the luxury of indulging in political idealism from time to time. Could that, though, be the only reason behind the government’s decision on General Kayani?

Its argument for extending the army chief’s tenure is nothing that one hasn’t heard before. Pakistan’s war against extremism, it says, is at a critical stage, as is the situation in Afghanistan. A change in the army’s leadership at this juncture would have done more harm than good.

Many analysts have argued that by extending General Kayani’s tenure, the PPP government has cleverly avoided the risk of destabilisation in the period it would have taken the new chief to settle down in the job. It has also been argued that by not leaning too hard on the new government through several crises since the 2008 elections, General Kayani has demonstrated his commitment to democracy. Therefore, the decision has earned some critically important short- term political stability for Pakistan.

Maybe so, but at what cost? It is perhaps our lack of understanding of democracy that we continue to seek its good health in well-intentioned individuals rather than a strong institutional framework.

General Musharraf’s spectacular slow-motion collapse in 2007 and the accompanying explosion of extremist violence was evidence of the military leadership’s failure in dealing with the scourge of religious radicalism. But because of our tendency to interpret life in terms of personal failures and successes, General Musharraf’s collective failure became confined in the personality of a dictator who was seen as having lost the plot. In reality, General Musharraf’s chances of succeeding were no better than that of a batsman who walks onto a cricket field holding a hockey stick.

The PPP government seriously needs to ask itself if it is behaving any differently. Last year, Prime Minister Yousaf Raza Gilani publicly announced that he had authorised the army chief to take all necessary decisions regarding Swat and the tribal areas. This is a government’s way of saying that do what you want as long as you don’t bother us. It is a government’s way of abdicating responsibility.

Now, we are told that General Kayani — one soldier out of more than half a million that Pakistan hosts — has become so critical to Pakistan’s war that he gets another full tenure, not just a few more weeks or months.

It should have been the other way round, really. The government should have taken charge of the war as its first political manoeuvre. It should have initiated a policy driven by political rather than military initiatives. One of history’s greatest lessons is that militaries only know how to fight wars, not to end them. They end only when politicians find a way out.

And we don’t even need to go too far back in history to find lessons relevant to the current situation. General Musharraf employed brute force for securing short-term stability, only to leave the country in flames a few years down the road. No stability is worth that price.