Wajid Shumsa­ul Hasan said in a statem­ent that he would decide about appear­ing before the Abbott­abad commis­sion.
Published: December 14, 2011
Tweet Email 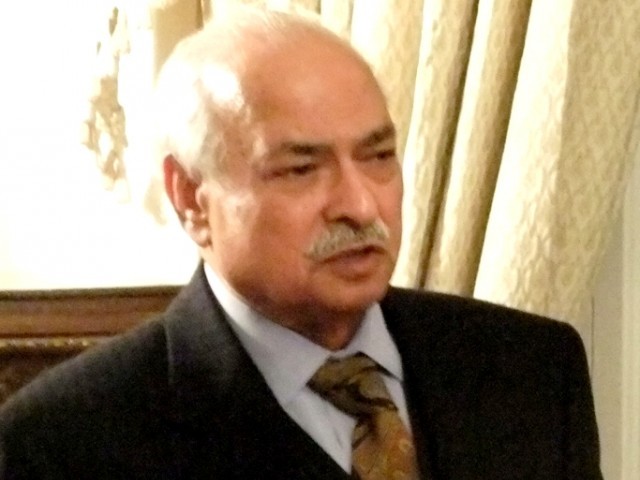 Pakistan’s High Commissioner to the United Kingdom Wajid Shamsul Hasan has denied being privy to the May 2 US operation that killed al Qaeda chief Osama bin Laden.

In an article, to be published by this paper, he expressed his distress at seeing aspersions being cast on Pakistan’s civil and military leadership that they had known about it prior to the operation.

“Since little was known of the May 2 operation, my immediate personal view was that as we had been sharing intelligence and co-operating with the US in operations against al Qaeda since 2002 onwards, we must have been kept in the loop by the US as we were frontline state in war on terror,” he wrote.

“But unfortunately we were not. And when we came to know of it I described it as being stabbed in the back by our friends. There could not be a stronger condemnation of the unilateral action of May 2 than this,” Wajid added.

“That Pakistan was not taken on board by the United States was later confirmed by the US administration when it said that except President Obama, Secretary of State Hillary Clinton and a few others, no one else knew of it even within the US government itself,” he pointed out.

“In my immediate reaction and comments to the media I had claimed that Pakistan had been helping the US in tracking down Osama and without our help it would not have been possible for the Americans to find him. My above assertion was confirmed by the Government of Pakistan on May 3 in a press statement,” the ambassador said.

Separately, Wajid Shumsaul Hasan said in a statement that he would decide about appearing before the Abbottabad commission once he receives an official communication from the Foreign Office. He said that media reports attributed to him as saying that he would not appear before the commission were untrue.