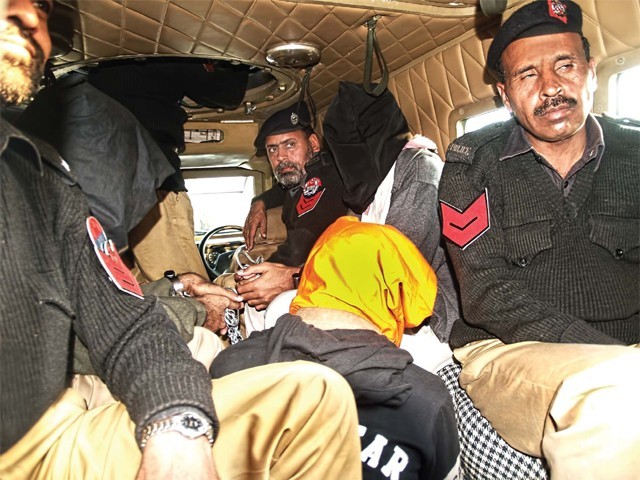 KARACHI / HYDERABAD: In two separate raids on Thursday, police arrested four alleged target killers along with a cache of weapons in Karachi and Hyderabad.

The two reportedly confessed to being involved in the murder of over 50 people. Police recovered a cache of weapons in the raid, including two TT pistol and a triple bore rifle.

According to police officials, ‘Shaitan’ and ‘Manhoos’ were involved in various crimes including the Chakra Goth police van attack.

An official announcement of the arrests would be made in a press conference on Friday.

The latter three were reportedly involved in street crimes.

According to sources, Fahim was allegedly involved in the murder of a journalist working for a private news channel.