PTI statement: ‘Only threat to Pakistan is from Zardari’

PTI statement: ‘Only threat to Pakistan is from Zardari’ 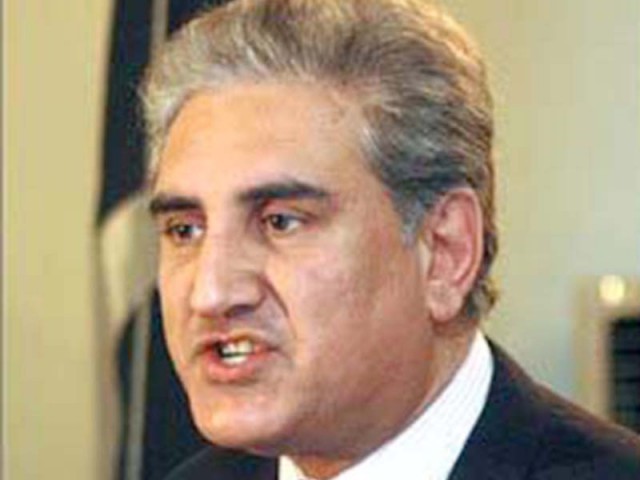 Relations cannot be maintained with a country which has violated Pakistan’s sovereignty.

MULTAN: Standing by his earlier statement, newly appointed Pakistan Tehreek-e-Insaf (PTI) Vice President Shah Mahmood Qureshi said that if Pakistan faces any danger, it is from President Asif Ali Zardari and not from any threats to the country’s nuclear installations.

Regarding Pakistan’s nuclear facilities, he said they were more secure than ‘any other atomic installation and nukes in the world’ because the armed forces of Pakistan have ensured their protection by all means.