Forces may feel fuel pinch even after supply resumes

Forces may feel fuel pinch even after supply resumes 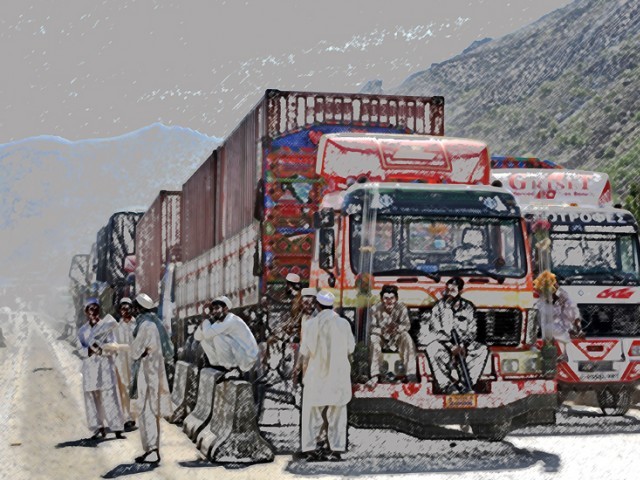 As Afghan-bound Nato oil trucks while away, the government is mulling imposing a permanent ban on export of locally-produced petroleum products, except jet fuel.

Export of jet fuel, however, will be allowed if Nato agrees to pay all applicable duties to Pakistan.

The country has been exporting petroleum products to Nato forces in Afghanistan, exempted of all duties including the general sales tax (GST) and petroleum levy, since 2002. The supplies were made through the US Defence Energy Supply Company.

The petroleum ministry has moved a summary to the Economic Coordination Committee (ECC) of the Cabinet, scheduled to meet on Friday, seeking a permanent ban on export of locally-produced fuels including petrol and diesel, sources told The Express Tribune.

The ministry has also proposed that export of other locally-produced products be allowed if Nato forces pay complete duties applicable in Pakistan. Sources said that the commerce ministry and the Federal Board of Revenue (FBR) had also supported the ban because petroleum products were being dumped in Khyber-Pakhtunkhwa.

Secretary Petroleum Ijaz Chaudhry confirmed that the summary has been moved, citing the shortage of petroleum products in the country.

“However, we have proposed that there should be no exemption of duties on export of [jet fuel] JP-1 and JP-8,” sources said.

Since Afghan-bound cargo uses Pakistan’s infrastructure, Nato should pay duties, sources said, adding that the country had surplus stock of jet fuel and therefore resumption of its export was being proposed.

Meanwhile exporters have approached the petroleum ministry, asking for the ban to be lifted.

Claiming they bring foreign exchange into the country, suppliers say export of locally-produced petroleum products to Afghan consumers, not Nato forces, should be allowed.

“The ministry of petroleum has asked oil exporters to work out the economics of exporting to local consumers in Afghanistan,” sources said.