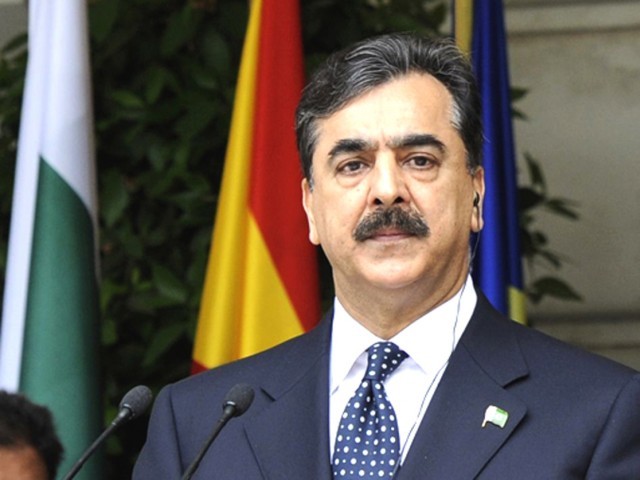 Three-minute speech by premier, three-year extension for the Army chief

Gilani made the announcement in a three-minute televised address to the nation in which he showered praise on Kayani and termed him a respected person both nationally and internationally.

Incidentally, 2013 is also the year both the incumbent government as well as Chief Justice of Pakistan Iftikhar Muhammad Chaudhry’s tenures end.

Gilani said that Kayani’s extension was necessary for continuity in Pakistan’s fight against terrorism. “He was a key designer of the strategy for the war on terror and it is progressing well under him. The war is going through a critical stage… continuity is needed at the moment and we are sure that the war on terror, under Kayani, will reach its logical conclusion successfully.”

In March, the government had also given a one-year extension to Inter-Services Intelligence (ISI) chief Lt Gen. Ahmed Shuja Pasha for similar reasons.

General Kayani was set to retire on November 29 this year. He had replaced former president General Pervez Musharraf on November 29, 2007. The latter had appointed him the vice chief of army staff on October 8 the same year. Before that, Kayani has also held the key position of ISI chief. He also officiated as the director general of military operations and held that slot when the Pakistan Army first moved into the country’s tribal areas to flush out al Qaeda affiliates.

Kayani was also the man who reportedly brokered a power-sharing deal between Musharraf and slain former premier Benazir Bhutto – an accord that led to the issuance of the controversial National Reconciliation Ordinance (NRO) in October 2007.

According to sources with inside information about Pakistan’s campaign against terrorism, Kayani has been, in many different roles, the architect of the policy to deal with militants. Therefore, experts believe, the US administration would have also supported an extension in Kayani’s tenure. Recently, there have been reports that American officials have pressed Pakistani civilian authorities to extend his tenure. A report suggested that in a visit to Islamabad last week, US Secretary of State Hillary Clinton had raised the issue of Kayani’s extension with Pakistani leadership. The government, however, has been denying any external pressure to extend his tenure.

Kayani has also been at the centre stage of a proposed Afghan reconciliation plan that has now been endorsed by the world’s key powers including the US. Last month, it was reported that Kayani and Pasha were mediating between Afghan President Hamid Karzai and Maulana Sirajuddin Haqqani, a leader of a strong militant group based in the border areas of Pakistan and Afghanistan.