Shahbaz hits out at Malik

Shahbaz hits out at Malik

Shahba­z Sharif has said that Rehman Malik has told federa­l instit­utions not to cooper­ate with the Punjab govern­ment.
Published: July 23, 2010
Tweet Email 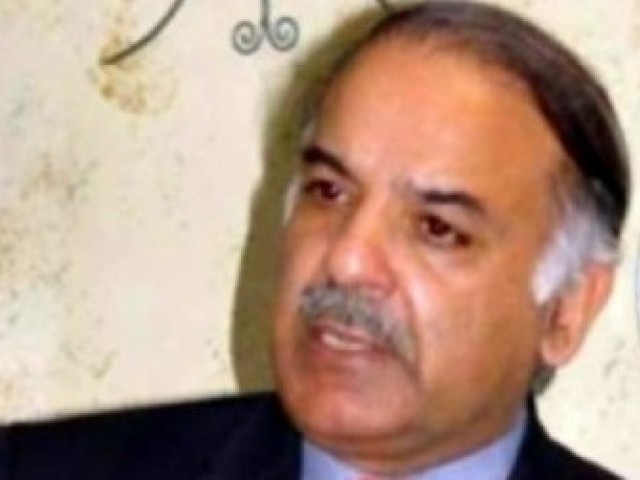 “I can say that people are angry. The tide of revolution can be stopped if the rulers get their act together.”

Punjab Chief Minister Shahbaz Sharif has said that Interior Minister Rehman Malik has told federal institutions not to cooperate with the Punjab government.

“This is a conspiracy against democracy and the country’s integrity,” he remarked during an Express News programme hosted by Javed Chaudhry.

Talking about mid-term elections, he said if the rulers did not change their ways and did not serve the masses, their government will not only be sent packing but a bloody revolution will also accompany this circumstance.

He said democracy is the best system of governance but it takes leadership to run it. “The current political leadership is fully capable of running democratic system but lacks commitment,” Shahbaz Sharif said.

He said he interacted with the public and had his finger on the pulse. “I can say that people are angry. The tide of revolution can be stopped if the rulers get their act together.”

Talking about the anti-media resolution adopted in the Punjab Assembly, he said members made impassioned speeches and the entire house was unanimous (in adopting the resolution).

“Had there been a dichotomy between my word and deed, we would not have brought a pro-media resolution within three days,” he said.

He said he had tried to stop the anti-media resolution whose draft had been sent to him first, “but all (political) parties had a unanimous view on it, including PPP and PML-Q”.

He declared that “we will not become part of any anti-media campaign”.

He said Prime Minister Yousaf Raza Gilani is a thorough gentleman who follows a pro-Pakistan approach.

He said powers have been vested in the office of the prime minister (after the 18th amendment) and now only he can answer questions about their use.

He said whatever happened with regard to the Higher Education Commission (HEC) was unfortunate. Officials were arrested, put under pressure and implicated in false cases.

He said Gilani told an important personality “right in front of me” to set free Farooq Laghari (the brother of HEC chief Javed Laghari). The fact that Laghari was out on bail did not send out the right message. “Dictatorial tactics are being used even in democracy,” Shahbaz remarked.

He claimed that Daanish schools will prove better than Aitchison and LUMS where children of the poor receive education. “We have set up laboratories in 4,000 schools of Punjab with a sum of Rs5 billion where Internet-aided education is being imparted,” he said.

He said democracy is not the name of a sorcerer or a fairy which will solve all problems with a flourish of a wand. “People will crush underfoot such democracy where their issues are not addressed and where dictatorial deeds are committed under its beautiful garb,” he said.

He said there is no democracy in China but the country is at the summit of success. They have honest leadership who award capital punishment on corruption.