Cruise ‘excited’ to be in India

Cruise ‘excited’ to be in India 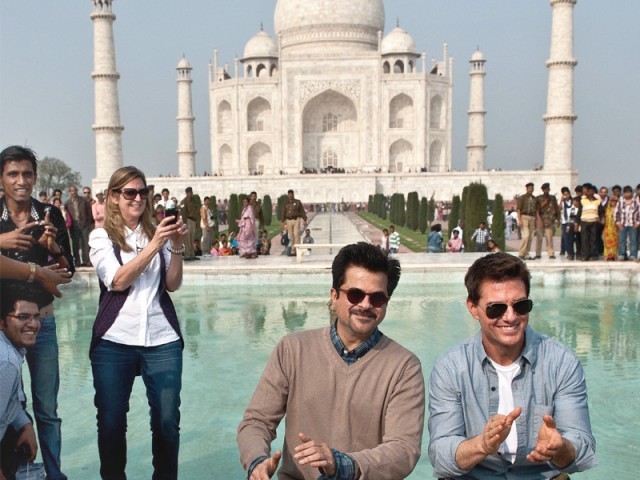 Sporting a big grin and sunglasses, the actor who is on a worldwide promotional tour for the movie, told reporters in the Indian capital he was “very excited to be here” as cameramen jostled to film him.

Bollywood actor Anil Kapoor, Cruise’s co-star in the upcoming Mission: Impossible — Ghost Protocol was accompanying him to the northern city of Agra where the pair was to visit the Taj Mahal, India’s most famous monument to love, media reports said.

Cruise, 49, will also be heading to Bollywood capital Mumbai where he will mingle with the bigwigs of the city’s film and financial communities at a glitzy bash to be held on Sunday. “I can’t wait for tonight,” he said. The guest list for the party includes India’s richest man, Mukesh Ambani, as well as Bollywood’s leading stars such as Aamir Khan, Amitabh Bachchan and Katrina Kaif, according to the Times of India.

Cruise, who plays intelligence agent Ethan Hunt in the stunt-packed movie, will also host a fan screening in Mumbai, nearly two weeks before the film is officially released in India.

Suu Kyi: About a lady