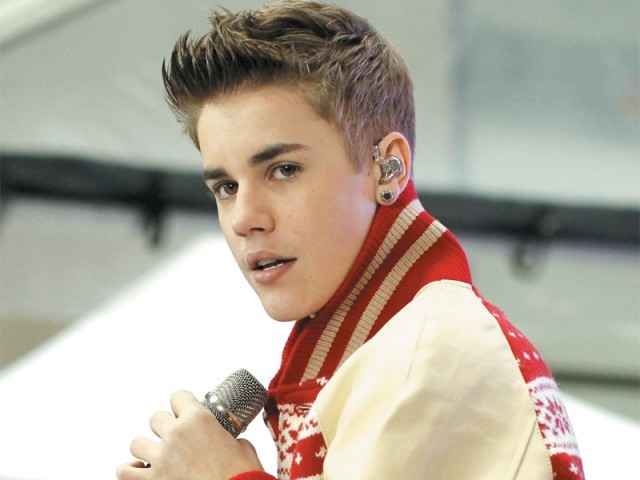 The young star has over 15 million followers on Twitter. PHOTO: REUTERS

Some are born great, some achieve greatness and some have greatness thrust upon them. And when celebrities, who have achieved greatness in their own way, reach a milestone it is celebrated by their fans all over the world.

Teen sensation Justin Bieber achieved a milestone by crossing 15 million Twitter followers for the first time. He is now the second most popular celeb on the list, with only Lady Gaga ahead of him.

As of November 30 his account had 15,001,967 followers but his numbers were increasing every minute. He still has some way to go before he can catch upto Lady Gaga, whose account has close to 16.5 million followers. Out of Twitter’s top 10 followers, nine are US celebrities. Bieber’s girlfriend, Selena Gomez is in the 10th spot with 8,661,064 followers. Bieber’s Twitter honour comes a day after he was named the most searched person this year on internet search engine Bing, beating out reality star Kim Kardashian.

When you have so many people watching your every move, make sure you make some worthwhile ones like British actor Stephen Fry, who has urged his fans to back a campaign to stop the trade of tiger skins in China. The 54-year-old has joined comedian Ricky Gervais, actors Roger Moore and Susan Sarandon by voicing his support for TigerTime, which has launched a petition calling for Chinese officials to ban the sale of the big cats’ fur, reports dailystar.co.uk. Fry has posted the link to the campaign on his Twitter page, and told his followers, “This is a petition that really needs huge numbers, or the wild tiger is doomed.”

Also in Bollywood, megastar Amitabh Bachchan is campaigning to raise funds to help the families of police officials killed while serving the country. “The charity shall be for all those police families that lost loved ones, who have no means of existence — ignored and forgotten,” he posted on Twitter.

Here are some of the top tweets from this week.

Just learnt today that nobody is indispensable. So don’t give yourself more importance than you deserve.

You can handle anything that life throws at you! It may not be easy but I think we’re here to learn.

I post smileys a lot because it gives tweets some character, but there’s a serious need for dude emoticons.

First I’m pregnant and then I’m divorced. What am I, “All My Children”?

I’m not finding tantrums and misplaced anger to be as attractive as I used to.

Sometimes, as men, it’s nice to just sit around and talk about our hair.

Faith is taking the first step even when you don’t see the whole staircase.

If you don’t like where you are, then change it! You’re not a tree.

Sometimes it’s nothing but music that drives you!

Why do we have only one day for giving thanks? Is that why so many people feel unappreciated? Make this one of 365 days of Thanksgiving!