Parliamentary Committee on National Security to investigate the scandal: PM

Parliamentary Committee on National Security to investigate the scandal: PM 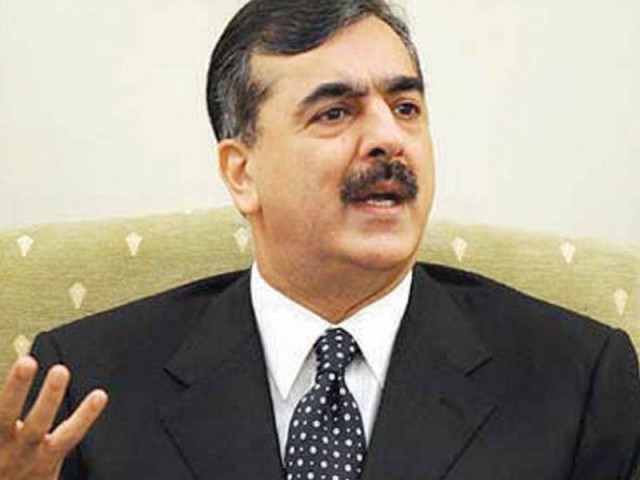 Says as chief executive, he is responsible if Haqqani is found guilty.

Ending the suspense on what he meant when he said an inquiry into Memogate will be conducted at the “highest level”, the prime minister has said that the Parliamentary Committee on National Security will investigate the scandal.

While an overwhelming number of political commentators wonder what the scandal means for President Asif Ali Zardari, Prime Minister Gilani also explicitly stated that it affects him more than President Zardari.

“Yes, the matter is related to me as I am the country’s chief executive and thus responsible for everything,” Prime Minister Gilani told The Express Tribune when asked about the Memogate scandal, former ambassador Hussain Haqqani’s involvement in it and the onus on him as the prime minister.

When asked if he will resign in case Haqqani’s guilt is proven, Gilani responded with a simple, “we will see”. “But the buck stops with me, not Mr Zardari,” he said.

The prime minister also dispelled the impression that he had selected Ambassador-designate Sherry Rehman as the successor to Haqqani. “She was the party’s choice first and then mine,” he said, adding that there was no need to consult the establishment on her appointment. “The government, establishment and judiciary are all on the same page and support democracy.”

Gilani openly declared that Saturday’s Nato’s strikes within Pakistani territory will have an impact on Pakistan’s relationship with that organisation but did not say how much it could affect Pak-US relations.

“We will revisit the entire framework with Isaf and Nato because they have violated the agreement we made with them,” the prime minister said. However, he added, we will talk to those Taliban who renounce violence, decommission themselves and recognise the state of Pakistan.

He said that 80 per cent of the Aghaz-i-Huqooq-i-Balochistan package has been implemented. “We will take all nationalists on board,” he said.

Talking about Pakistan Peoples Party dropout Shah Mahmood Qureshi, who is said to be plotting Gilani’s ouster from Multan – their common constituency, he said that PPP is a party with an ideology and hence individuals “hardly matter”.