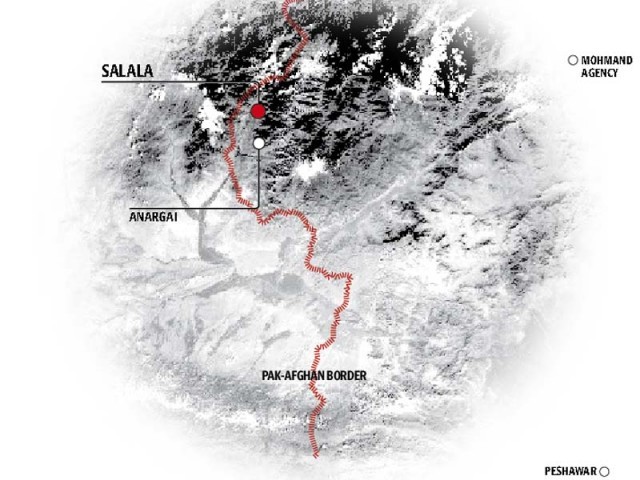 Government blocks NATO supply routes US told to vacate Shamsie Airbase in 15 days All ties with ISAF/NATO/US to be ‘reviewed’ Civil, military leaders lash out at the provocation. DESIGN: SAMAD SIDDIQUI

For possibly the first time, the intensity of the official response matched the shock of the event.

Airstrikes by Nato jets and helicopters on Pakistani military outposts along the border with Afghanistan left at least 24 soldiers dead and 14 injured early Saturday morning. And by Saturday evening, Pakistan’s top civil and military leadership struck a crescendo in its response.

The United States has been told to evacuate a logistically key airbase it operates in Balochistan – Shamsie Airbase – within 15 days. In addition, Pakistan’s fury was driven home with an official statement that it will shut down Nato supply routes operating through its territory – something that has happened for the first time, though supply routes have previously been temporarily blocked unofficially following similar attacks.

The decisions came following a meeting of the high-powered cabinet committee on defence – a panel that includes the prime minister, the service chiefs and key ministers.

The move to block the supply routes comes “in accordance with the resolution of the Joint Session of the Parliament of 14 May, 2011,” a statement issued after the meeting said.

Though the official statement came in the evening, the move to block supplies came a lot earlier. Authorities in Khyber Agency and Balochistan had already shut down Nato supply routes earlier in the day.

To further accentuate its anger over the incident, a statement by the committee also said that the government will revisit and undertake a complete review of all programmes, activities and cooperative arrangements with the US/Nato/Isaf, including diplomatic, political, military and intelligence-sharing.

Speaking to The Express Tribune on condition of anonymity, a US official said the demand to vacate Shamsi Airbase had not yet been sent through “official channels.”

The incident, which was one of the deepest-ever Nato attacks, occurred some two kilometres inside Pakistani territory.

It remains unclear what exactly happened, but the attack took place around 2 am in the Baezai area of Mohmand Agency. A security official in Peshawar told The Express Tribune that the attack targeted two security outposts in the Salala area of the Baezai tehsil. The official went on to identify the outposts as “Boulder” and “Volcano”.

The official also confirmed that two officers, including a major and captain, were killed in the attack. The officers were identified as Major Mujahid and Captain Usman.  Tribal sources said that the Salala area is situated close to the Pak-Afghan border, some 55 kilometres northwest of Mohmand Agency headquarters Ghalaani.

“This time their jets also intruded … which is more alarming. They actually attacked two check posts,” an army official said. When asked why Pakistan failed to intercept the intruding aircraft, he said the distance between the border and the check posts was just two kilometres and they had managed to complete their operation within seconds.

“Close air support was called in, in the development of the tactical situation, and it is what highly likely caused the Pakistan casualties,” said General Carsten Jacobson, spokesman for the International Security Assistance Force (Isaf).  He added that he could not confirm the number of casualties, but Isaf is investigating the “tragic development”.

“We are aware that Pakistani soldiers perished. We don’t know the size, the magnitude,” he said. The commander of Nato-led forces in Afghanistan, General John R Allen, said he offers his condolences to the family of any Pakistani soldiers who “may have been killed or injured”.

US Ambassador Cameron Munter regretted the lives lost in the attack. In a short statement issued by the US embassy, he said, “I have seen press accounts of an incident on the Pak-Afghan border in which Pakistani soldiers were reportedly killed. I regret the loss of life of any Pakistani serviceman, and pledge that the United States will work closely with Pakistan to investigate this incident.”

Points to be noted

The attack came a few hours after a meeting between the commanders of forces on both sides of the border — Commander Isaf General Allen, and Chief of Army Staff General Ashfaq Parvez Kayani. The meeting discussed border control and enhanced cooperation.

Speaking to the media, Pakistan military spokespersons said that the excuse that the aircraft were chasing militants was feeble, given that the area in question had been cleared of militants and hideouts.