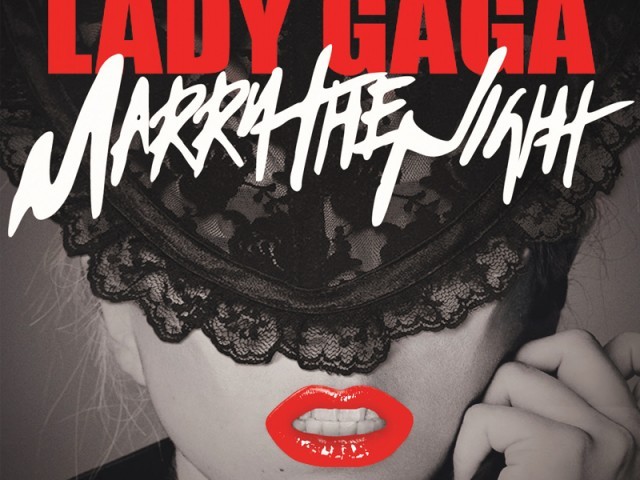 ISLAMABAD: She’s given us seminal fashion looks (see ‘meat dress’, ‘cigarette sunglasses’), turned up at the Grammys in an egg-shaped pod, and has rapidly churned out a number of subversive music videos within a few years, each more controversial than the last.

Now the 25-year-old ‘Mother Monster’, aka Lady Gaga, broaches the realm of psychosis in an angst-ridden sneak preview — the “Prelude Pathetique”— for her latest upcoming single, “Marry the Night”.

“When I look back on my life, it’s not that I don’t want to see things exactly as they happened, it’s just that I prefer to remember them in an artistic way,” narrates the speaker in a voice-over monologue. The brunette Gaga travels down a bleak hallway on a gurney flanked by two nurses. This is Prozac Nation meets Sylvia Plath’s The Bell Jar meets Winona Ryder’s jaw-dropping performance in Girl, Interrupted. Behold the beginnings of a fairly confused homage to depression. ‘Pathetique’ indeed.

And so, welcome to the ‘Gaga, Interrupted’ redux, where mental instability and glamour collide in an outpouring of pensive, self-indulgent, and ostentatious lengthy speech: “It’s sort like my past is an unfinished painting; and as the artist of that painting, I must fill in all the ugly holes.” The glamour element is immediately following a statement regarding the speaker’s distaste for reality: “For example, those nurses, they’re wearing next season Calvin Klein and so am I.”

This is the most exciting line from the overwrought monologue, an unexpected insertion; it’s the last thing viewers expect a mental patient to say while traversing a mental institution. Perhaps the introverted poetess Sylvia Plath would’ve considered this too gaudy in the face of the corrosive depression that took hold of her life (and resulted in suicide), but for Gaga it seems that stock references to designer labels are as much a part of the ‘suicide aesthetic’ she creates as anti-depressants.

Yet, she makes a distinct claim: fashion is the escape; it is the world beyond the reality she despises: “It’s not that I’m dishonest, it’s just that I loathe reality.” However the lines accompanying, detract from the aforementioned claim — coming across a little too smug and, frankly, littered with unnecessary detail: “And the shoes? Custom Giuseppe Zanotti. I tipped their gauze hats to the side like Parisian berets because I think it’s romantic and I also believe that mint will be very big in fashion next spring.”

Good for you, Gaga, good for you. Still, we can’t help but think that these lines were invented solely to qualify the following: “The truth is, back then at the clinic they only wore those funny hats to keep the blood out of their hair.”

We end, finally, on Gummy Bears (believe it or not). The speaker points out that one of the girls in the ward requested Gummy Bears and a knife, to which Gaga adds in tragic, albeit unintentionally funny, discourse: “I wish they’d only given me the Gummy Bears.”

Offbeat: It’s albino… it has two heads… and it’s for sale!