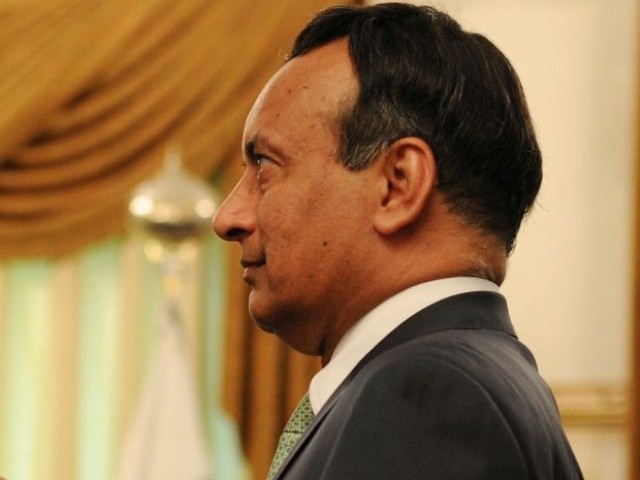 WASHINGTON: The United States on Wednesday praised the service of Pakistani ambassador Husain Haqqani, ousted after being accused of urging the Americans to stop the Pakistani military from seizing power.

Spokesman Mark Toner said the State Department had not yet received formal notification from Pakistan about Haqqani’s resignation and his replacement, but acknowledged Islamabad’s appointment of democracy advocate Sherry Rehman as the new envoy.

“We certainly look forward to working together with her as we continue to build a strong, cooperative relationship between our two countries,” Toner said.

“We have appreciated Ambassador Haqqani’s strong support for US-Pakistan relations throughout his tenure.”

Haqqani was forced to quit on Tuesday following claims he was behind a memo asking then chairman of the Joint Chiefs of Staff, admiral Mike Mullen, to help prevent a military coup after the US raid that killed Osama bin Laden.

The memo was revealed by US businessman Mansoor Ijaz in an opinion piece in Britain’s Financial Times on October 10.

Haqqani has denied any wrongdoing, and his departure was seen as forced by the military with US-Pakistani relations as fraught as ever.