Faisal Abidi in Karachi: The face that launched a 2-hour traffic jam

Faisal Abidi in Karachi: The face that launched a 2-hour traffic jam 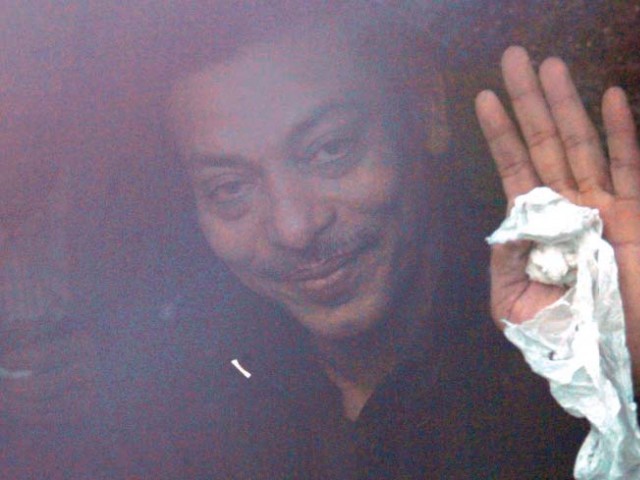 Abidi has been selected as the president of PPP’s Karachi division for the second time. He replaced Najmi Alam. PHOTO: INP

The city’s main artery, Sharae Faisal, was closed for two hours because the Pakistan Peoples Party decided to hold a welcome rally for its newly elected Karachi division president, Senator Faisal Raza Abidi, who flew in from Islamabad on Tuesday.

Traffic from Jinnah International Airport and Drigh Road to Sharae Faisal was cut off in particular. No plans for the rally were announced beforehand. People were stuck in traffic for at least two hours during rush hour. Numaish also suffered as did other routes connecting to Shahrae Faisal that lead to major residential neighbourhoods.

According to the deputy inspector general of traffic police, Khurram Gulzar, the roads were blocked because the crowd that gathered was more than expected and people parked their vehicles on the road because they were not allowed to go inside the airport.

Abidi, who was perhaps oblivious to the problems created by his arrival, addressed supporters from the old terminal at Jinnah airport. He said that a new era would begin – now it would be serving people without any politics. “The political actors have done nothing but criticise in the last four years,” he remarked.

Abidi said that he would try hard to strengthen the party. “President Zardari is not an individual but a party head,” he said. “The PPP leadership is not afraid of anything. Those who had hidden agreements with dictators and left the country should face the masses.”

He declared that the land mafia would not be tolerated in the city. Stern action would also be taken against corrupt bureaucrats, he added.

The new president of the Karachi division contested from NA-253 against Haider Abbas Rizvi of the Muttahida Qaumi Movement during the 2008 elections. He was selected as the president of PPP’s Karachi division after the elections but was removed after a year after complaints were received, said a senior member of the PPP who did not want to be named. Abidi then became a senator and the political secretary of President Zardari.

But now he has been selected again to run the party in Karachi. According to another senior leader of the PPP, he was the only to be selected for the post directly.