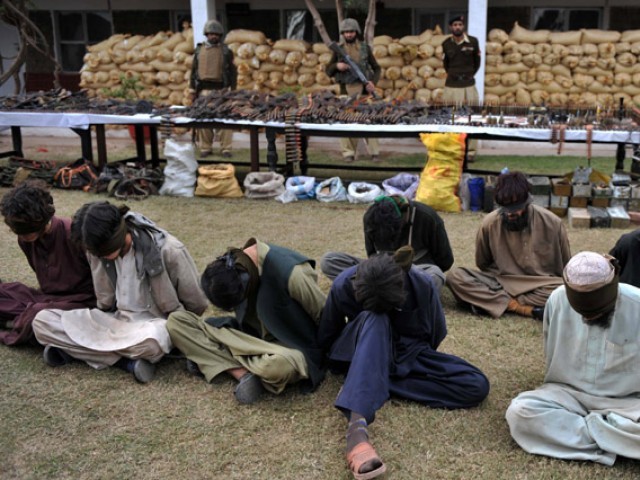 ISLAMABAD: The Pakistan army on Tuesday denied news reports that alleged that it was engaged in negotiations with the banned militant outfit Tehreek-i-Taliban Pakistan (TTP).

A statement issued by the Inter Services Public Relations (ISPR) “strongly and categorically” refuted news reports published by foreign news agencies on Monday that claimed that the Pakistani government and military were engaging in peace talks that could end a wave of bombings that has killed thousands of people.

“The army is not undertaking any kind of negotiations with TTP or its affiliated militant groups,” the spokeperson said.

“Such reports are concocted, baseless and unfounded,” he added.

He also added that any negotiations or reconciliation process with militant groups is undertaken by the government and not the military.

A senior TTP militant commander had said on Monday that the banned group was engaging in initial peace talks with the Pakistan government and military.

“Peace talks are continuing with the Pakistani government and army. We have had two rounds of such talks,” one senior Taliban commander told AFP by telephone, claiming to be on a 10-member negotiating committee.

He said Taliban conditions included troops withdrawing to barracks, the military compensating losses and an exchange of prisoners. The Taliban commander also told AFP that the talks concern South Waziristan and if successful, they will expand to other tribal districts.

He said that former military officials from the tribal areas were acting as mediators in the talks.

Two mid-level intelligence officials in the northwest were ignorant of any peace talks, but said they could be taking place at a “very high level”.

Reports of the peace talks come as the United States seeks Pakistani help in facilitating a peace process in neighbouring Afghanistan, where the Taliban have been leading an increasingly deadly 10-year insurgency.

A second Pakistani Taliban commander confirmed initial contacts with the government, saying that Taliban across the tribal belt had given their consent.

“Peace negotiations have been going on several weeks. Our first condition was to stop military offensives in the tribal areas,” the commander said.

“At the moment, the chapter of peace talks with the government is completely closed,” Taliban spokesman Ehsanullah Ehsan told AFP by telephone from an undisclosed location.

A regular visitor to North Waziristan, a premier Taliban hub, said the militia always denies negotiations with the authorities but that “these days, they are re-evaluating their strategy, and considering to halt attacks”.

Pakistani troops have been fighting against homegrown Taliban in much of the semi-autonomous tribal belt which snakes along the northwest border with Afghanistan.