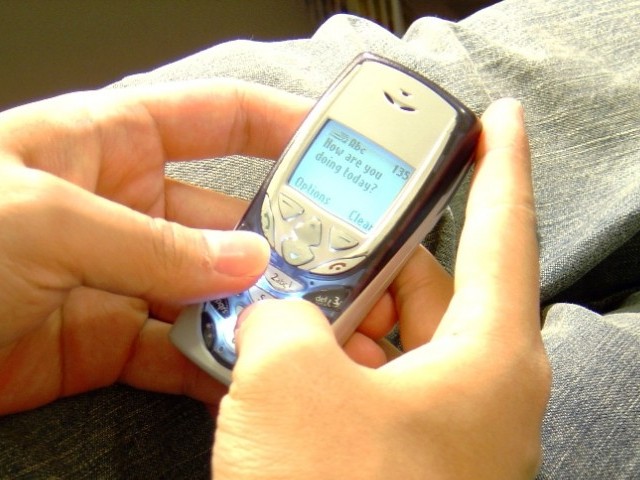 ISLAMABAD: The country’s telecom regulatory body, the Pakistan Telecommunication Authority (PTA), has backtracked from the list of words it sent to telecom service providers to block text messages as part of a ‘content filtering’ campaign after it met with widespread derision and a threat of legal action.

The PTA had sent a list of hundreds of words in English and Urdu to telecom companies asking them to develop a software that would automatically block an SMS containing any of these words — including words like “Jesus Christ” and “taxi”.

It carried a total of 1,109 words under its English list while another 258 in the Urdu list. Words like “tongue, stupid, rape, public, murder, joints, jug, fairy, drunk, devil, deposit, crap, camel toe, athletes foot,” etc were also part of the list among many other commonly-used words and phrases that do not violate the so-called moral code.

Once the issue was highlighted in local and international media, the regulatory authority said that the lists were “not final” and these were just proposed.

“This is not the list which is to be blocked or filtered. This list was prepared just to help the operators of different companies to design their software to meet the purpose,” said PTA spokesperson Mohammad Younis Khan.

“The final list will be prepared after getting input from and consulting with all stakeholders and will be provided to the companies for implementation.”

The PTA also denied that Monday marked any formal deadline on the ban as messages containing the words were still transmitted. “There were two weekly holidays on November 19 and 20 [the Saturday-Sunday weekend] and there are still two days left to complete this seven-day period,” Khan told AFP.

He acknowledged the reservations of telecom companies and said the PTA was “ready to sort that out through mutual discussions”.

Meanwhile, an official of the PTA, speaking anonymously, said that the directives were issued under “protection from spam, unsolicited, fraudulent and obnoxious communication regulations, 2009”.

He said that not only were the companies asked to implement the orders within seven days of issuance of the directives, but they were also supposed to send the PTA a monthly-report specifying the number of blocked text messages by each operator.

Officials of two leading cellular service providers also confirmed to The Express Tribune that they had received the list and have responded to the PTA over what they called “ridiculous” directives.

“The list carried the word ‘Butt’. Butt is a cast in this country. For instance, if someone used the name Afzal Butt in a text message, this SMS should be blocked immediately under PTA directives.”

Telecom officials said that every company has already provided its customers a service under which they can block unwanted calls and SMS from any number. “SMS generates most of the revenue for service providers and it is usually used by youngsters. It is personal communication between two individuals … We can’t block it this way,” an official of a telecom company said.

PTA Chairman Dr Muhammad Yasin and DG Services Dogar were not available for comment. (WITH ADDITIONAL INPUT FROM AFP)