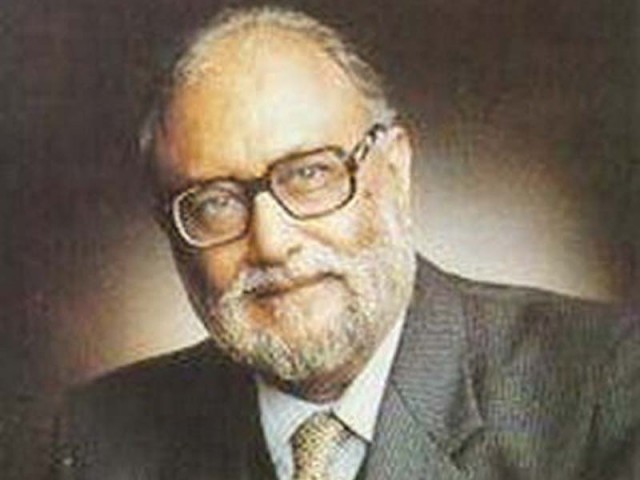 The Physics genius was born in a small town Jhang

Pakistan’s only Nobel Laureate Dr Abdus Salam’s 15th death anniversary on Monday was not commemorated in the country.

In 1979, Salam shared the Nobel Prize with Steven Weinberg and Sheldon Glashow for the historic unification of the weak nuclear force with the electromagnetic force.

He faced discrimination in Pakistan because he belonged to the Ahmadiyya community, to the extent that the word ‘Muslim’ was erased from his tombstone on court orders. Pakistan did not give its only Nobel laureate a state funeral and the media too abstained from it.

He researched in elementary particle physics for more than 40 years and in 1950, he received the Smith’s Prize from Cambridge University for the most outstanding pre-doctoral contribution to Physics. He also obtained a PhD in theoretical physics at Cambridge. His thesis, published in 1951, contained fundamental work in quantum electrodynamics.

Dr Salam returned to Pakistan in 1951 for teaching mathematics at Government College Lahore. In 1954, Salam left his native country for a lectureship at Cambridge University, and since then visited Pakistan as adviser on science policy.

He founded the International Centre for Theoretical Physics (ICTP) in Italy in 1964.The aim of the institute has been to provide expertise to scientists in the developing world. He used his share of the Nobel Prize entirely for scientists from developing countries and did not spend a penny of it on himself or his family. The money he received from the Atoms for Peace Medal was spent on setting up a fund for young Pakistani physicists to visit the ICTP.