The steno and the memo

The steno and the memo

Everyt­hing about this sordid affair (memoga­te) beggar­s disbel­ief, yet it seems to become truer by the day.
By Fasi Zaka
Published: November 21, 2011
Tweet Email 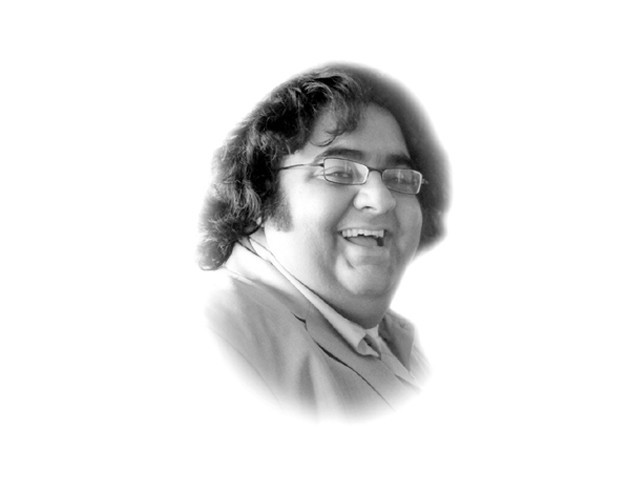 If there is one phrase that helps sum up the current state of memo-gate, it would be that ‘There are limits to genius, but none to stupidity’. Everything about this sordid affair beggars disbelief, yet it seems to become truer by the day, especially after Mike Mullen’s volte-face on the receipt of the memo.

First Mansoor Ijaz. When he wrote his op-ed for the Financial Times, he blew the lid on an affair he was supposed to conduct in utmost secrecy. In an excellent interview conducted by Barkha Dutt of NDTV, Mansoor explained this by claiming he needed an authentic anecdote for the policy prescription in his article, which was to try and force the disbandment of the ISI-S wing. The same spy agency he was out to destroy, he is now happy to share evidence with.

So, the real reason for the disclosure is he had trouble filling up space in an article he was supposed to write? His other reason for becoming embroiled in this fiasco, according to him, was to serve Pakistan and US interests by ensuring democracy was safe. The very democracy he has now plunged into an existential crisis because, I suppose, he had an editor’s cut-off date to meet.

But, in a piece for Foreign Policy magazine by Josh Robin, Mansoor has a different reason as to why he wrote his op-ed. There he says he wrote the piece to defend Mullen’s treatment at the hands of the Pakistani press, yes you read that right, post his last Congressional testimony where he criticised the ISI.

Mansoor Ijaz didn’t come off well in the NDTV interview. If anything, his “I have powerful friends” spiel would have sounded like shallow name-dropping if the setting was different. But like it or not, he is centre stage in all of this.

Immediately after the OBL raid, most commentators will agree that the armed forces of Pakistan were feeling the sting of severe unpopularity. Unless there is evidence contrary to this that will be made public later, there was no talk of a coup; in fact it was untenable then.

The premise that Pakistan was in danger of another bout of military rule for the memo to be written is incredulous. But, as I said before, world politics is no stranger to stupidity and false premises spearing actions. This is Pakistan’s WMD moment.

Now let’s say for a moment that Husain Haqqani is guilty of writing the memo as alleged. There is very little doubt that it is a treasonous offence, offering another state a unilateral deal of internal policy actions without any legal authority bypasses all codes of conduct.

But, one thing needs to be acknowledged. The gist of the memo, if it were ever to be implemented, would be good for Pakistan. There needs to be a fair enquiry into how OBL remained in Pakistan all this time and anyone found complicit needs to be tried. We need to strike against all militants on our soil, Pakistan is not their oasis. We need to bring down all militant groups who conduct foreign terrorism from Pakistani safe havens, including those who carried out the Mumbai attacks.

The only real problems with the memo are that it offers Americans say into who would be a member of the enquiry commission, confirms Pakistan’s armed forces role in supporting terrorists and makes offers on our nuclear programme. These are, of course, substantial problems.

If we accept the premise that the civilian side in our government was scared of a coup by the army, then it’s really one treason to prevent another. And we would have never gotten to this point if the army was truly subservient to the people of this country and its elected representatives. There is very little doubt who has been calling the shots for some time now.

If, as is now increasingly being spun by Mansoor Ijaz, Haqqani did this on his own without the full knowledge of Zardari, then there is no question the ambassador needs to resign at the very least. But it is a point to ponder that the clamour for resignations is never as strong for those who have been exposed by WikiLeaks as being in bed with the Americans, for the abject failure in PNS Mehran and the total unawares with which they found Americans in Abbottabad.

Is one truly any worse than the other? The civil-military imbalance is out in the open once again. We often criticise this PPP government for its ineptness and corruption and rightly so, as a sham democracy. But I suspect we are really a sham democracy for other reasons.

Muslims and the US