Haqqani: 'Offering to resign is a way to silence those targeting democracy'

Haqqani: 'Offering to resign is a way to silence those targeting democracy' 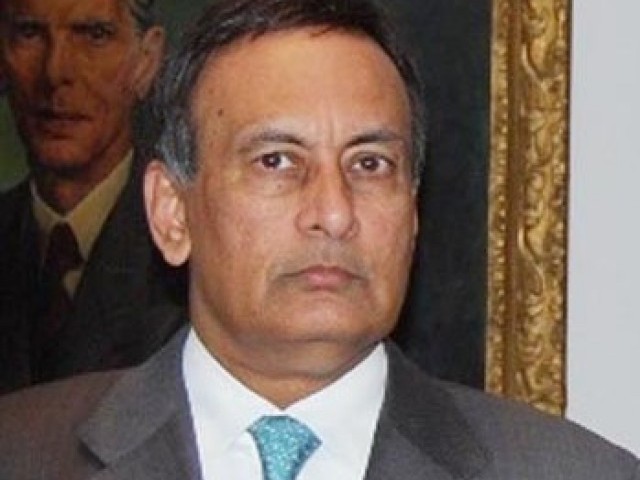 Envoy says he is being blackmailed. PHOTO: PID/ FILE

WASHINGTON: Hours after he offered to resign from his post as Pakistan’s Ambassador to the United States, Husain Haqqani says the point of his offer to resign was to silence those who want to target democracy via the memo.

In a statement issued from the US capital, Ambassador Haqqani said that he did not care about his job, but held Pakistan and democracy dear. He added that the final decision was going to be made by President Zardari, and that he would be travelling to Pakistan as serving ambassador.

Memo-gate, as it is being dubbed here, saw a new twist when hours after Ambassador Haqqani’s offer to resign, The Cable, a blog at Foreign Policy, published a statement from former Joint Chiefs of Staff Admiral Mike Mullen’s spokesperson who confirmed that Admiral Mullen did receive a memo, but didn’t believe it was credible.

Ambassador Haqqani, who has served as Pakistan’s representative to the US since 2008, denied that he had neither drafted nor delivered any memo. “The person who started this debate must have a big ego, my ego is not more important than the country or the democratic process,” he added. Referring to Mansoor Ijaz indirectly, the Ambassador said, “There are many businessmen in this world who claim to have a role in a country’s affairs, but they are not given importance. In Pakistan however, one man’s claims create a crisis.” He added that if his name had been linked openly to the memo, he would have replied by now.

On Wednesday, the Ambassador sent a letter to the President. Sources said that the letter states that Haqqani was ready to face any inquiry against him, and that he was being targeted for vilification by innuendo.

Mansoor Ijaz, a Pakistan-American businessman, had claimed in an article published in the Financial Times that he had, on President Zardari’s instructions and with the help of a top diplomat, drafted and delivered a memo to Admiral Mullen calling for his help in supporting President Zardari in case of a military coup.

Later speaking on Geo television, Haqqani said he had cancelled some scheduled meetings and that he had already booked a seat to Pakistan, aiming to be back in the country before the end of the week.

Haqqani added that he had good relations with Admiral Mike Mullen, professionally and personally, however, he did not believe that the Admiral, even in his old post as the Chief of Joint Staff, have the power to bring about any change in the Pakistani top brass. That power, the envoy said, remained with President Zardari.

The Ambassador said that he was being made a scapegoat for doing his job, of maintaining good relations with the United States of America. He added that Ijaz was blackmailing the ambassador by threatening to publish BlackBerry messenger conversations over a secret mission he had been tasked with.

When questioned about allegations levelled by Imran Khan that Haqqani had been subverting the army through his actions, the ambassador adopted a questioning tone towards Ijaz saying “ask Mansoor Ijaz why he wrote the article? And why he was now making the claims in public?”