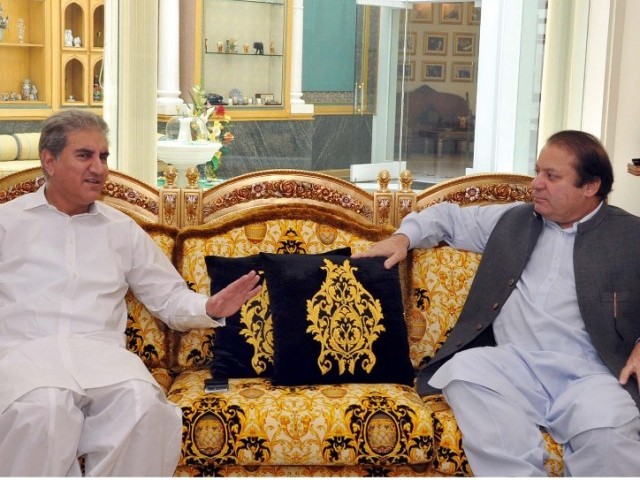 “Qureshi is an old friend. We haven’t met as yet but we’ve spoken over the phone and will meet very soon,” PML-N chief Nawaz Sharif told reporters at the Sukkur airport on Thursday.

“The Sindh chief minister should have come to Chak and resolved the issue, which could have been done amicably without the loss of lives,” he said.

He also visited Chak, where the incident had occurred, to condole with the Hindu community at Dr Satya Pal’s house.

“I request Hindus not to leave Pakistan. We will stand by you,” he told members of the minority community, which was shaken up by the murders of three doctors on Eid.

But Nawaz’s compassion for the people appeared misplaced when, due to heavy rush and mismanagement, a young boy was run over by one of the vehicles in the motorcade.

The boy, identified as Shahzaib Mahar, lay on the ground unattended until some members of the media called the police who took the injured boy to the hospital.