Shah Mahmoo­d Quresh­i says he has excell­ent relati­ons with Nawaz Sharif, will keep meetin­g him in the future.
By Web Desk
Published: November 15, 2011
Tweet Email 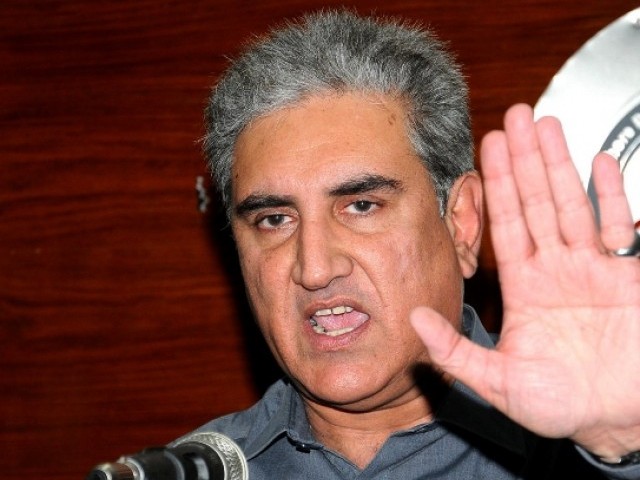 Qureshi said that he would announce his political plans at the rally in Ghotki on November 27. PHOTO: EXPRESS/FILE

MULTAN: Former Pakistan Peoples Party (PPP) stalwart Shah Mahmood Qureshi said on Tuesday that he had resigned from the position of foreign minister because he was being forced to give diplomatic immunity to Raymond Davis and not because of the ministry.

Speaking to the media in Multan, Qureshi said that the Raymond Davis incident had taken place on January 27 and he had resigned on January 30 in the presence of President Asif Zardari and Prime Minister Yousaf Raza Gilani.

On reports of him joining Pakistan Tehreek-i-Insaf, Qureshi said that he would announce his political plans at the rally in Ghotki on November 27.

Qureshi, responding to criticism from the PPP, said his father did have associations with General Ziaul Haq and he did not deny it.

He said that some PPP leaders got emotional and spoke about him and Ziaul Haq, and that they should not forget that it was under the military dictator that Gilani had taken an oath as a minister.

“People think that they are smarter than Mohtarma Benazir, your political vision is not even equal to her shoes,” said the former foreign minister.

Qureshi said that he himself says that he was with Nawaz Sharif in the past and that he still maintains “excellent” relations with him.

“I met him in the past and will meet him tomorrow if he asks me to.”

Qureshi  said that he was going to Dubai to speak at a think tank forum and would meet Nawaz Sahrif on his return if he asks him to.

The former foreign minister lashed out at the PPP leadership and said that neither Zardari nor Gilani had the solutions to Pakistan’s external and internal problems.

“They do not have the substance or intellectual depth to help the country solve its problems.”

Correction: An editorial mistake in the last paragraph of this story has been corrected.

No PPP member will resign before 2013 elections: Warraich