Qureshi will be a great addition: Imran Khan

Qureshi will be a great addition: Imran Khan 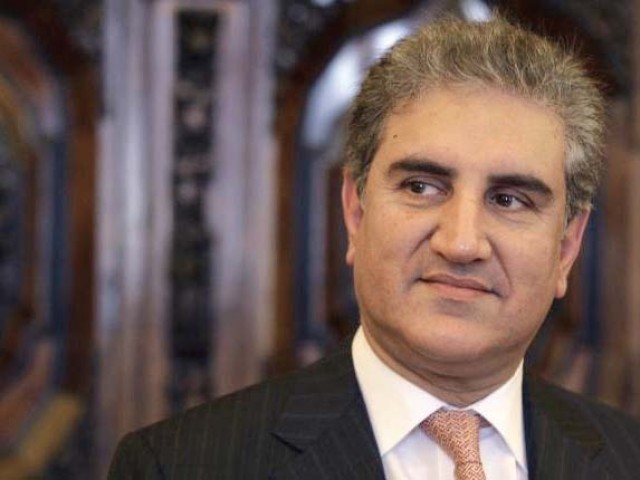 Shah Mahmood Qureshi will be a great addition if he joins the Pakistan Tehrik-e-Insaaf, the party’s chairman Imran Khan has said.

Speaking at Express 24/7’s talk show Witness with Quatrina, he said that Qureshi will bring with him a great deal of political experience and a vote bank that the young party lacked. “Qureshi, like Mian Azhar, is an honest politician and no one could accuse him of corruption.”

However he quickly added that in a country like Pakistan they could not expect to get anyone who was squeaky clean. “You can’t find angels in Pakistan but we will get relatively better stock of politicians in the PTI.”

Though, he said that he would not get any one and every one into the party, “anyone can join the party – well not just anyone, known crooks cannot join PTI but there are shades of grey,” he said.

Terming the core group as an invaluable asset of the party Khan said that the core office bearers who have been there for the past 15 years in the wildernesss the ideological people made up the spine. However they needed people to join the party and for that if they kept too narrow a focus, they would not end up with anyone. Hence they broadened the scope for those who even had ideological differences limited the scope of filtration to financial corruption.

Khan stressed that his main campaign was to have declare true assets as financial corruption was the root of problems of Pakistan. “If you can get rid of corruption, you can make Pakistan viable”.

In this regard he explained why the politics and the mainstream parties were vying from a status quo. Referring to the Sharif’s he narrated a statement of Interior Minister Rehman Malik following Shehbaz Sharif’s rally on October 28 in Lahore that ‘the Sharif’s ought to be careful as we know about all of the PML-N leaders’ accounts and assets and you do not want to cross that line’. Khan said that the statement brought to fore how the two politically opposing parties had been enjoying their status quo in despite the Supreme Court decision revoking the National Reconciliation Ordinance.

This, Khan said, is where the PTI comes in. He said that only a government that was “clean” and had the will would be the one that would bring laundered money back to Pakistan.

“I earned abroad, but my money is in Pakistan and declared and in my name, however, the only reason that their (Zardari and Nawaz) assets are all outside Pakistan is because they made their money by plundering Pakistan”, the PTI chief alleged.

It is for this reason the PTI was now creating a cell which would unveil the true assets of politicians, he said.